From La Alcarria to Navarra

People from Navarra, the cities of Cuenca, Madrid and Miranda de Ebro had already visited Pastrana. Now it’s time for the “ alcarreños” . Young people from this region have to go to Pamplona. It demands you to be open to new people, new experiences, and a lot of personal will. It is much more than a “like” on Facebook.

What do you know about Pamplona and Navarra? Probably Sanfermines- the universal festival where bulls run on streets- but nothing else

The Paradox of Cliché

In a world linked by internet, social networks, with thousands and thousands of pictures broadcasted at minute, there is still ignorance about your own country. The people from Pastrana have only listened about a festival. International, famous, great, but it takes place just in a week. There are much more things happening in Navarra during the year.

Moreover, the people from Pamplona knew nothing about Pastrana. They didn’t even know about the existence of this place.

It is urgent to become aware of our heritage, culture, geography…

The Choice of an Itinerary 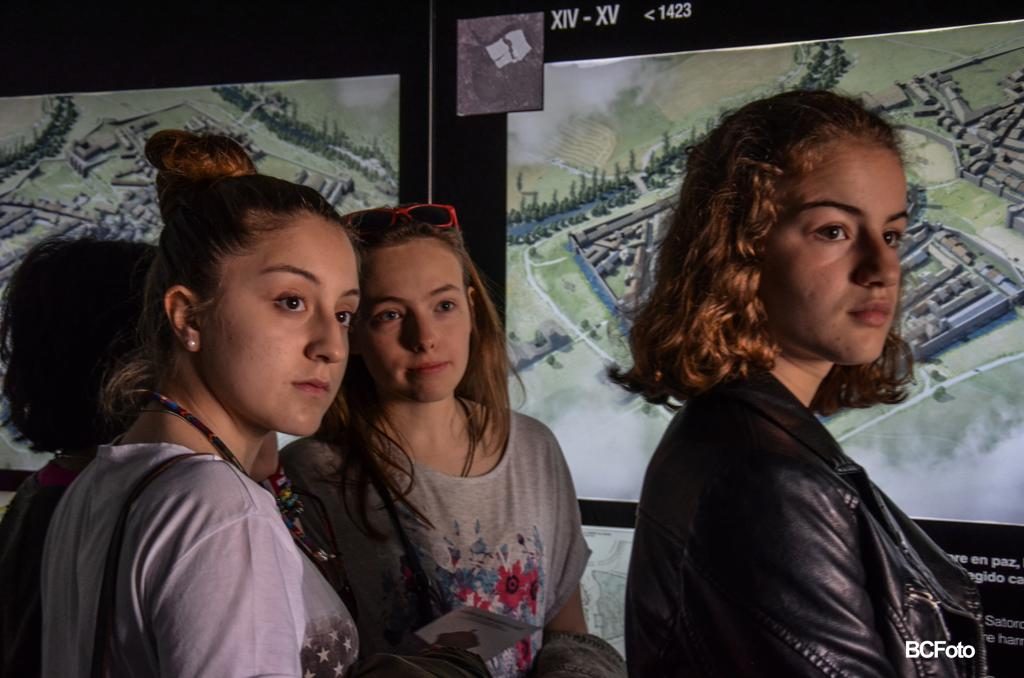 Pastraneros came just for a weekend. So we needed to offer a nice, entertaining, not very long tour, but at least, something that gave them some idea about Navarra. Here’s the choice: The Way of St James (Pamplona is the first Spanish city on the way), old walls, gardens and gastronomy

What a Green Color ! 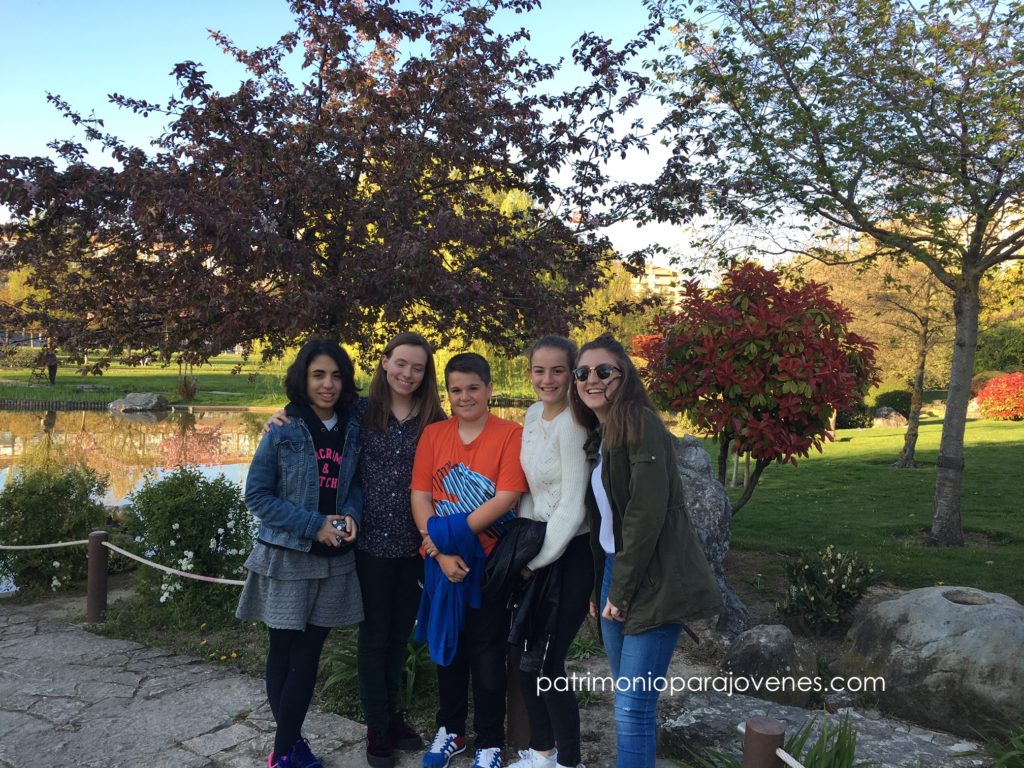 That’s what they said after a first glance of Pamplona. Spring, a great rain the week before they came and the sun, made gardens burst into a great splendor of colors.

We walked through Yamaguchi Park, Vuelta del Castillo, Ciudadela, Old Town (including the “encierro” itinerary), the well-known White Horse, and the famous Café Iruña. A complete walk around the heart of the city

Walking again through the city, we visited the Walls Interpretation Center. It’s a great, nice place where everybody can learn about Pamplona’s history and its walls while having a lot of fun with all the videos and interactive games it has. In addition, the great landscape all around made the visit even more interesting and easy going.

Later, we had a visit to one of the most important altarpieces from the Renaissance at Pamplona. The one of the church of San Miguel. It was done for the Cathedral, but long history-short, today it’s in this different place. 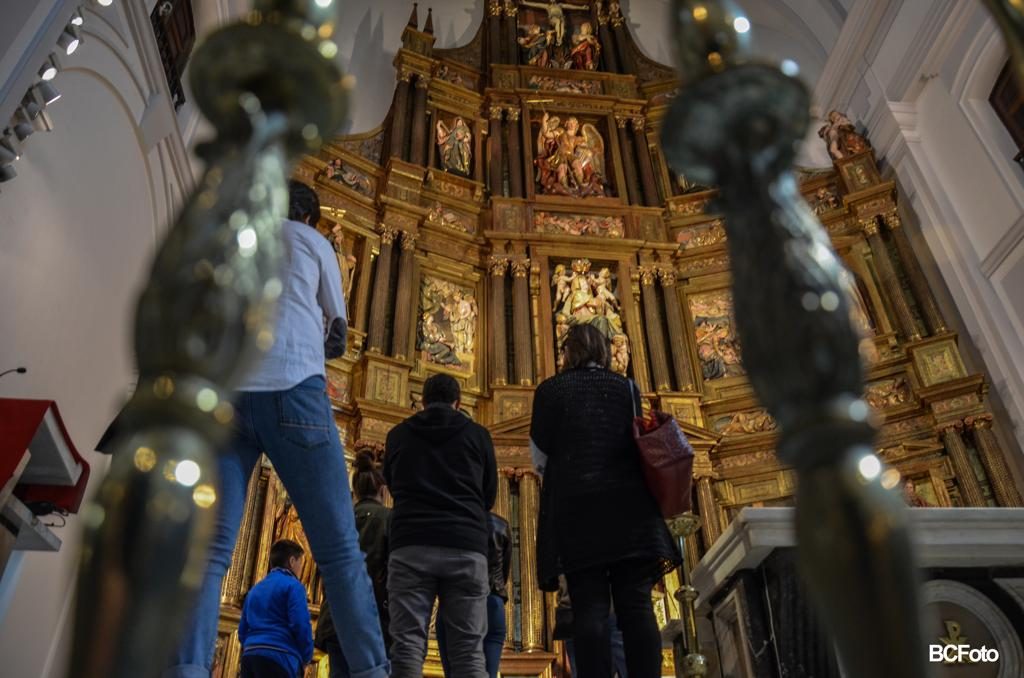 “An Essential Spring Event in Navarra “

Luckily for the Pastrana team, this ‘Semana del Pincho” was celebrated during the time of their visit. There was no better way to finish our morning cultural visit that in a bar with the “pinchos”. Here you can see Amalia enjoying one of them 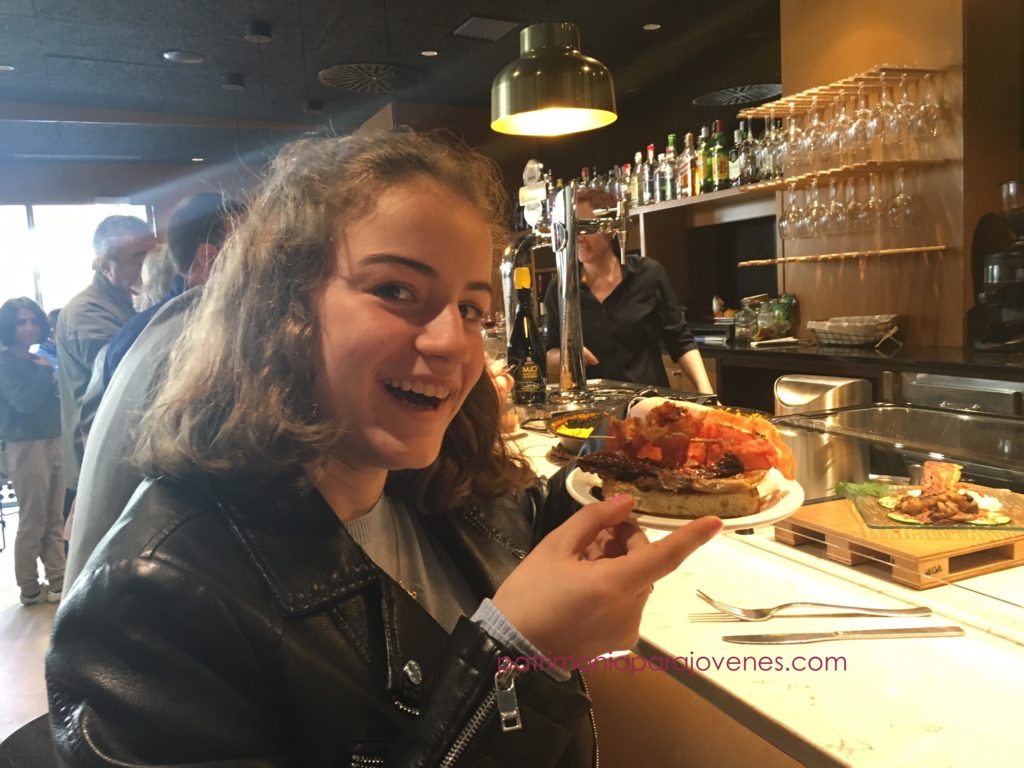 The Afternoon at Puente La Reina

Have you ever walked through the way of Saint James? Perhaps you can remember Puente La Reina, 25 kms away from Pamplona. A nice village, not very far from the city that happens to be a very interesting place on” The Camino”. A lovely walk, nice talks, new friends. Now the people from Pastrana know that Navarra is much more than sanfermines. And people from Navarra know Pastrana exits 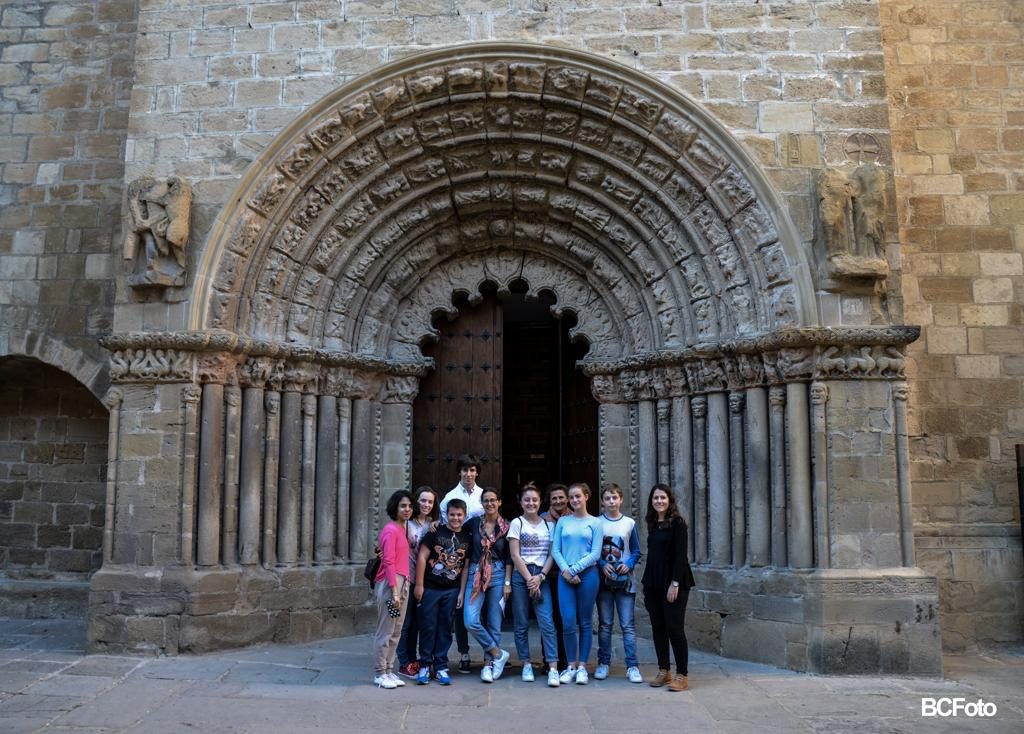 This story about keeping in touch with the people of Pastrana, has a lot to do with the event of Patrimonio para Jóvenes in October, “Fashion at the San Julian de Ororbia altarpiece” So it was a great end for the first visit of our new friends, there. In Ororbia.

We visited the alterpiece, had a little talk with Tere and Miguel, elderly people from the village. The encounter between different generations is always enrichening for us.

We also visited an old washing site that was restored six years ago. A cute place that remember old jobs close to the rivers. 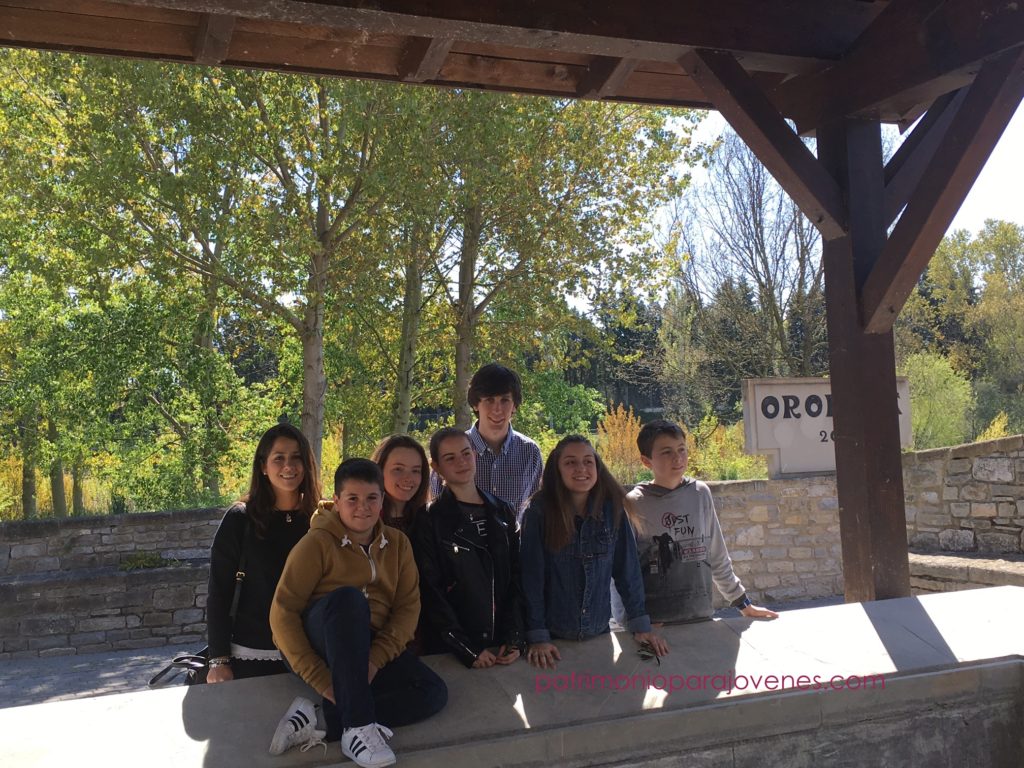 There is much more to be done

It was a great experience. An exchange focused on young people and heritage. Patrimonio para Jóvenes is always moving, opening new roads, exploring ideas, talking to people. With the desire of keeping this going, improving, and helping all of the people who read us.

All the best for this week! 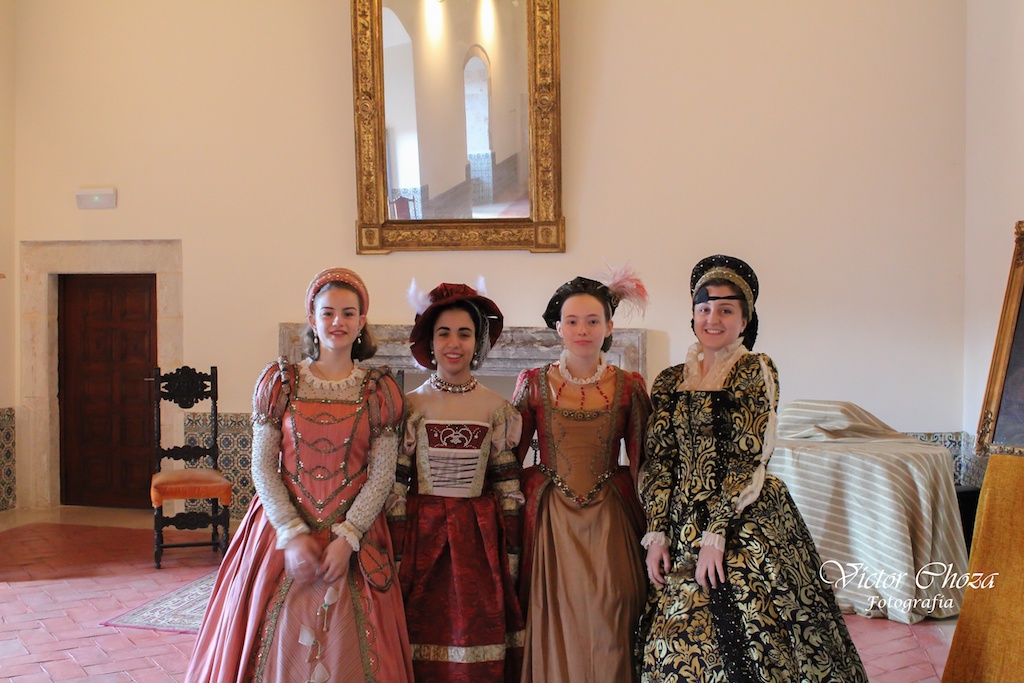 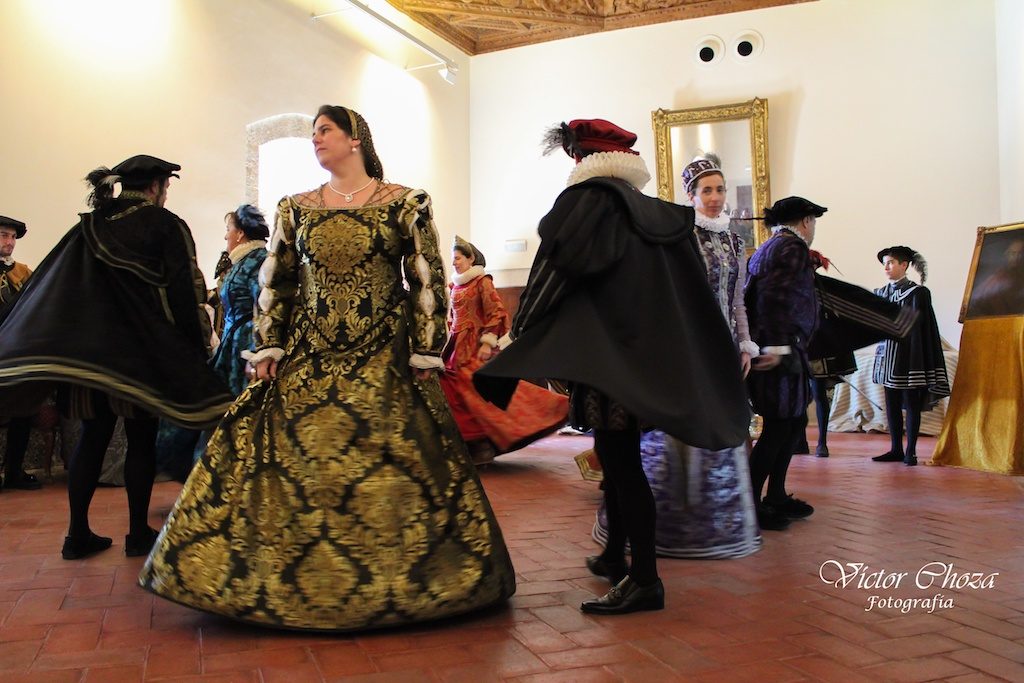 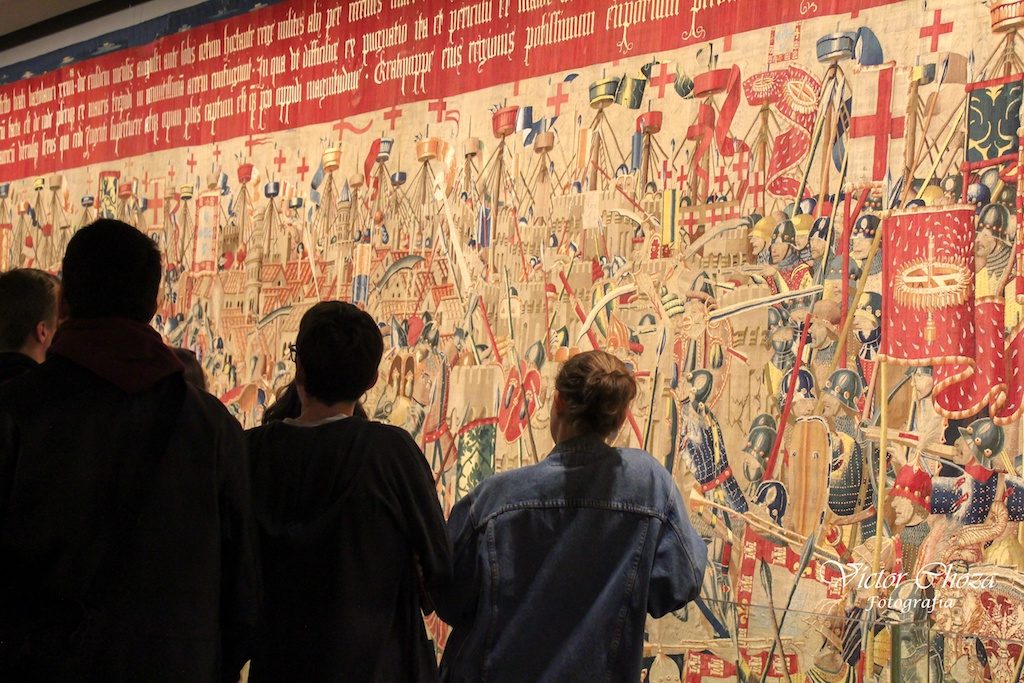 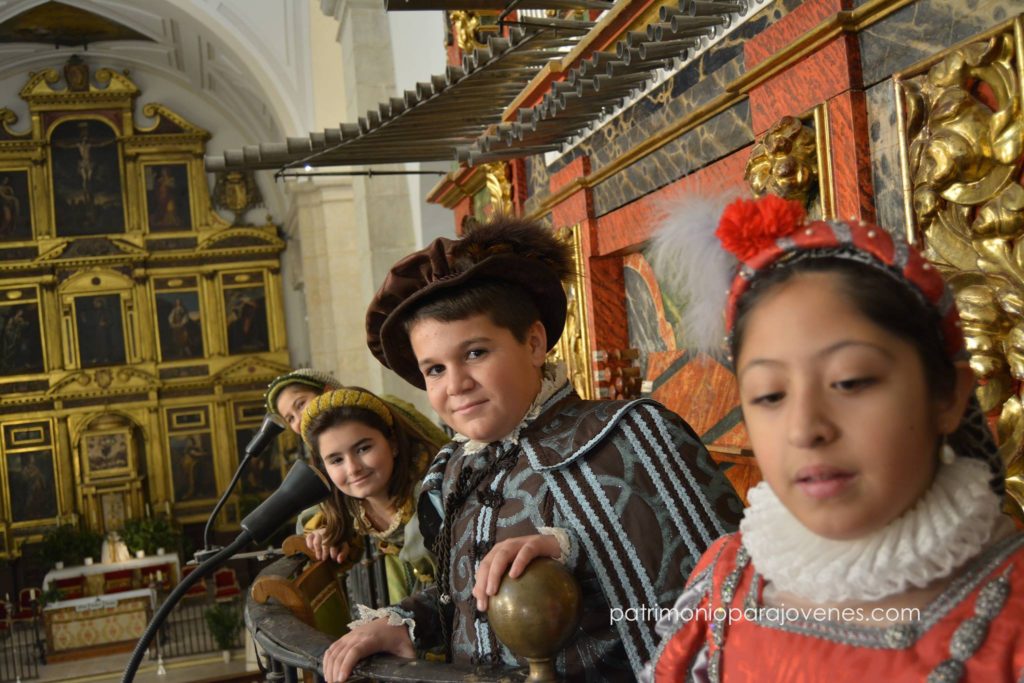 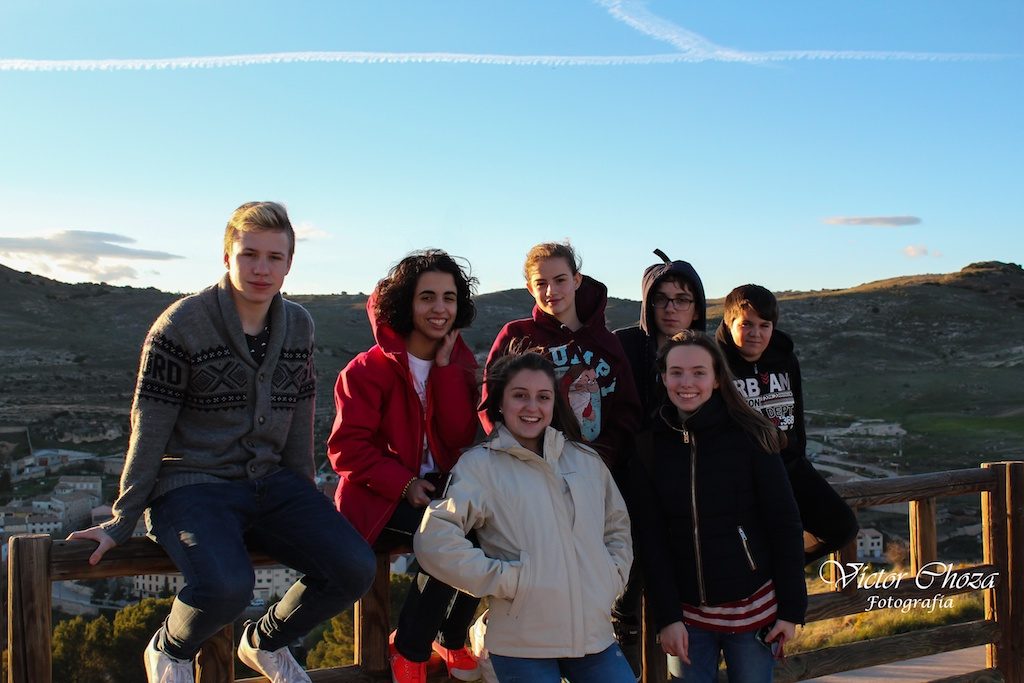 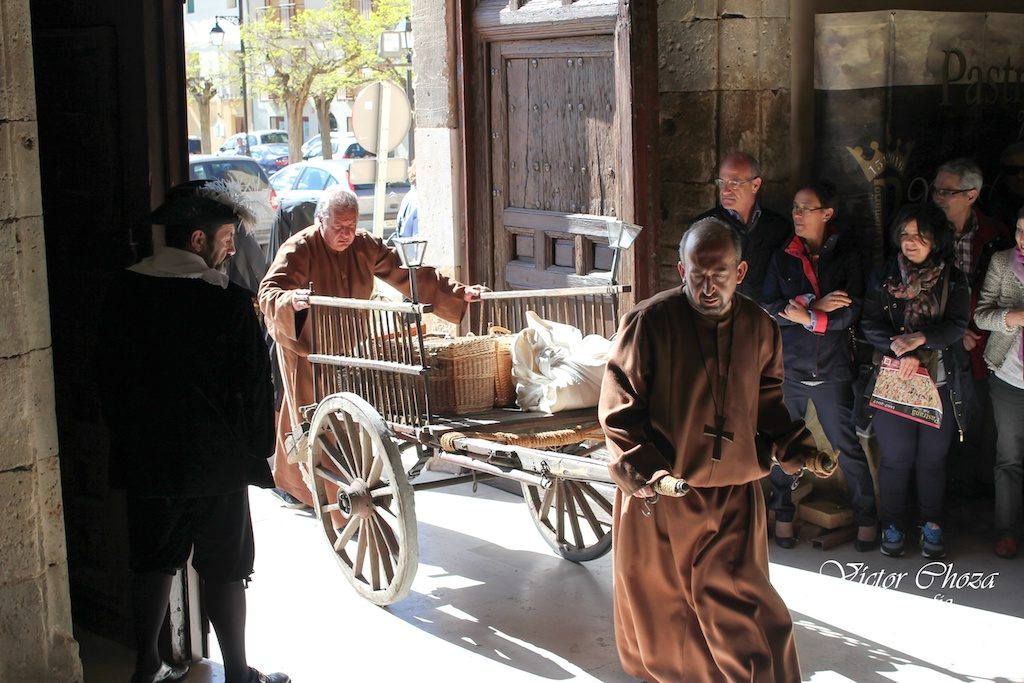 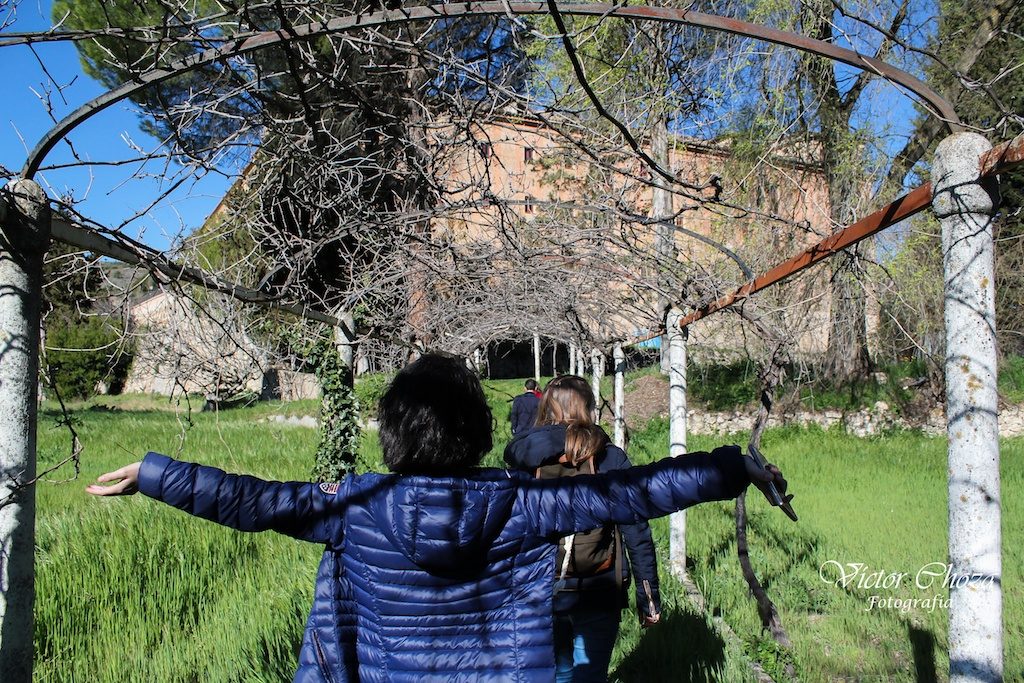 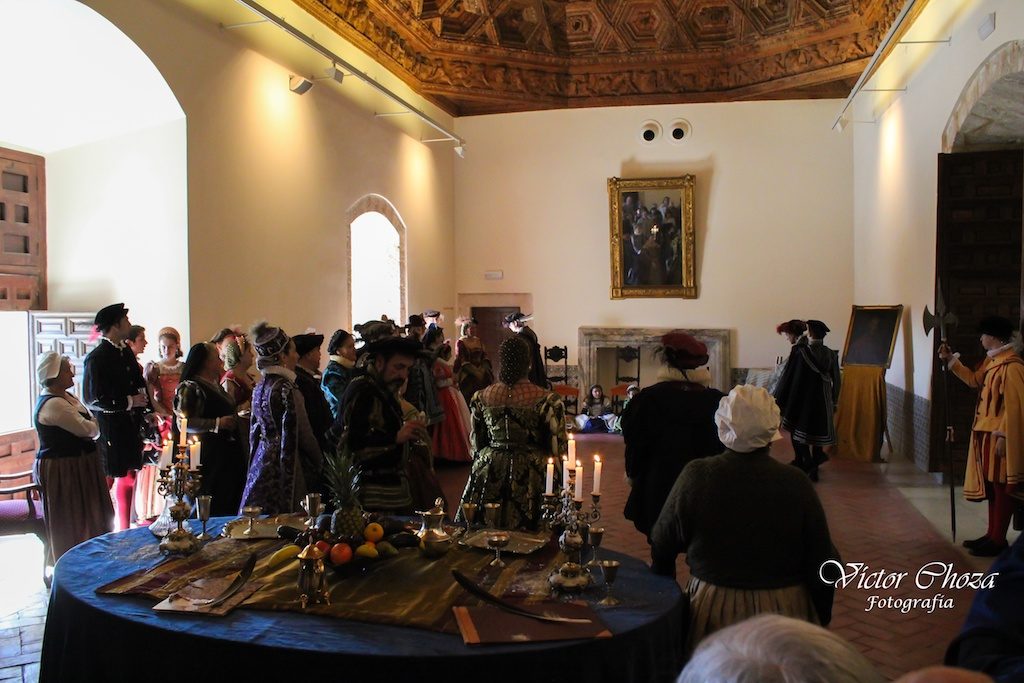 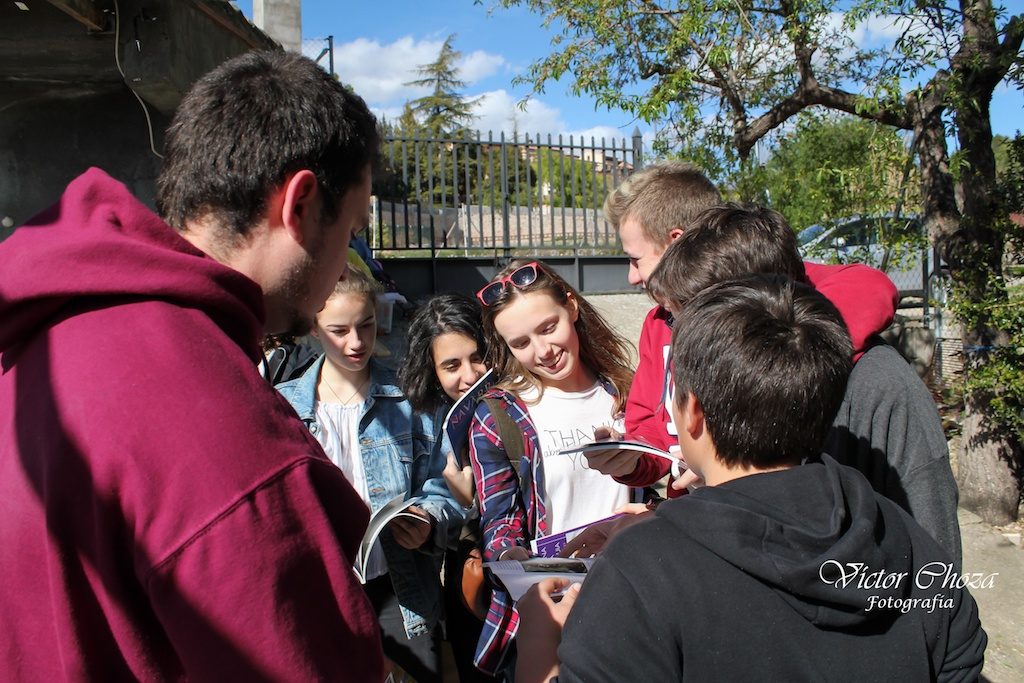 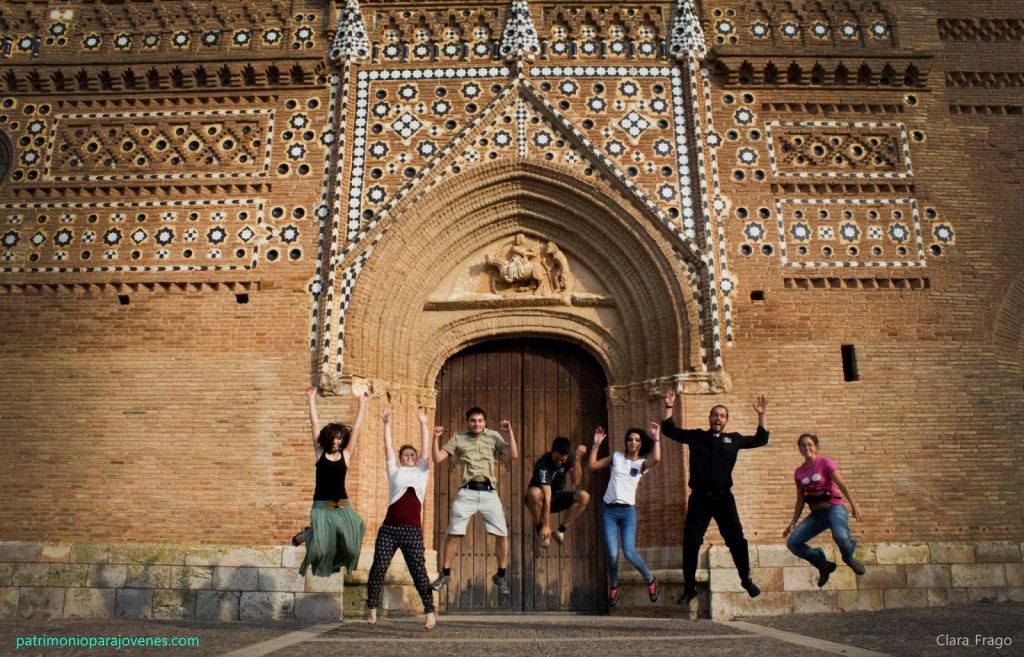