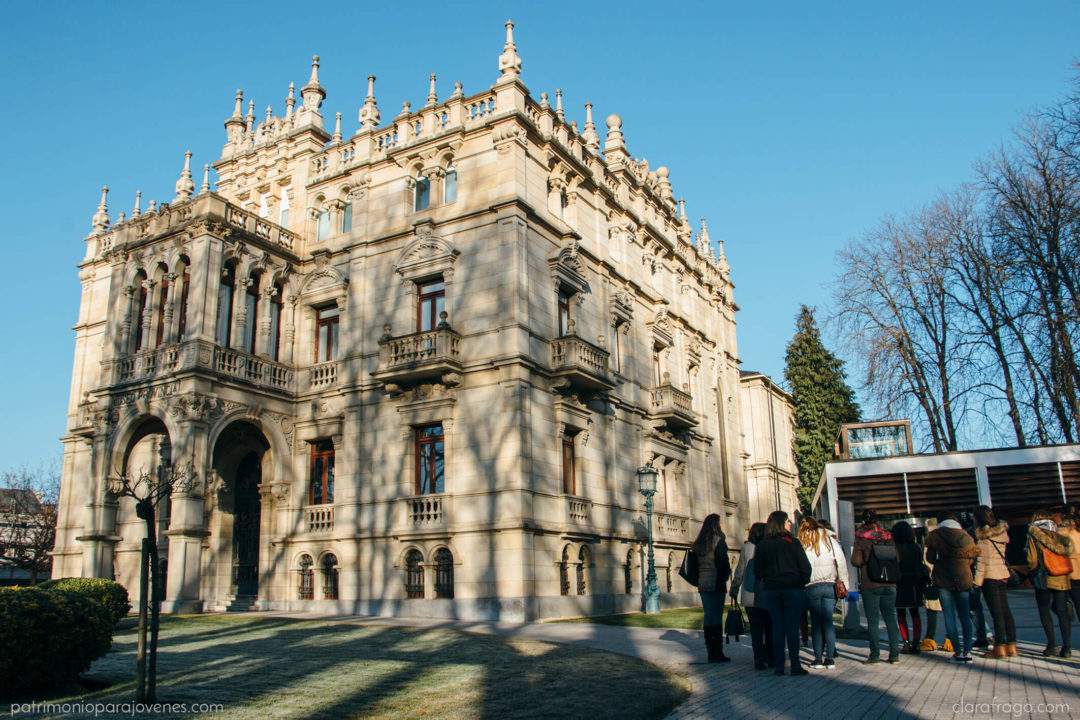 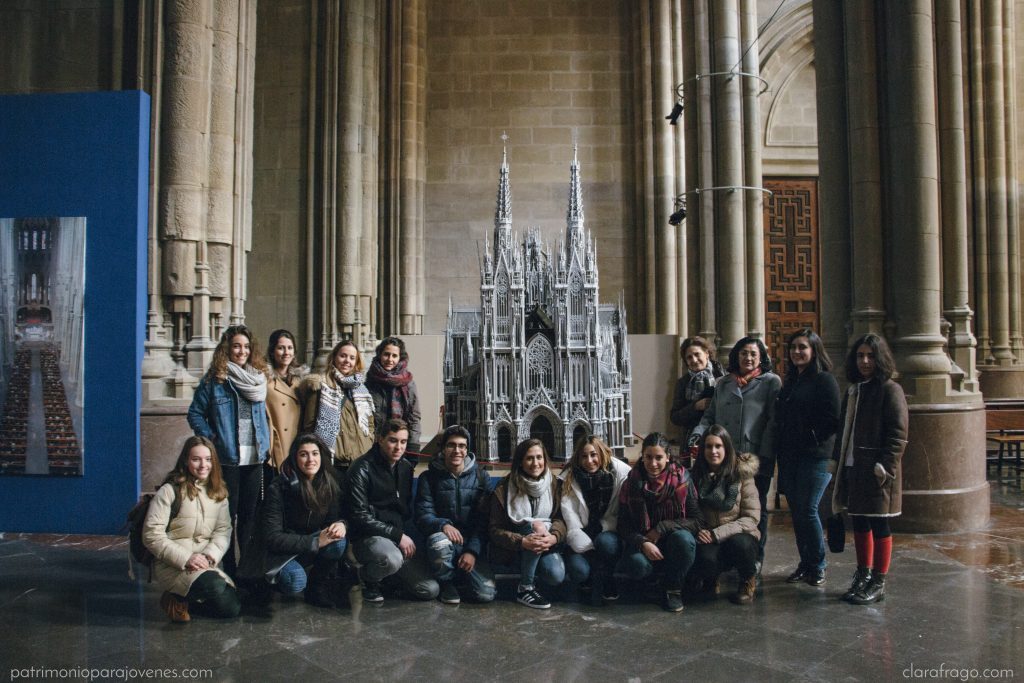 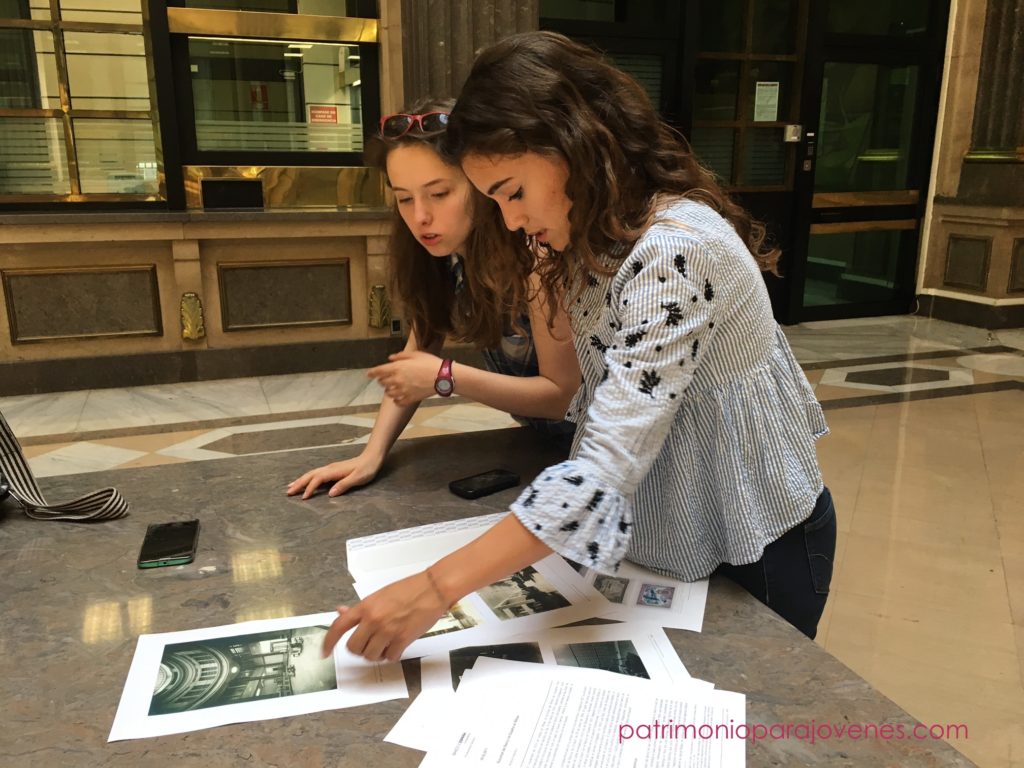 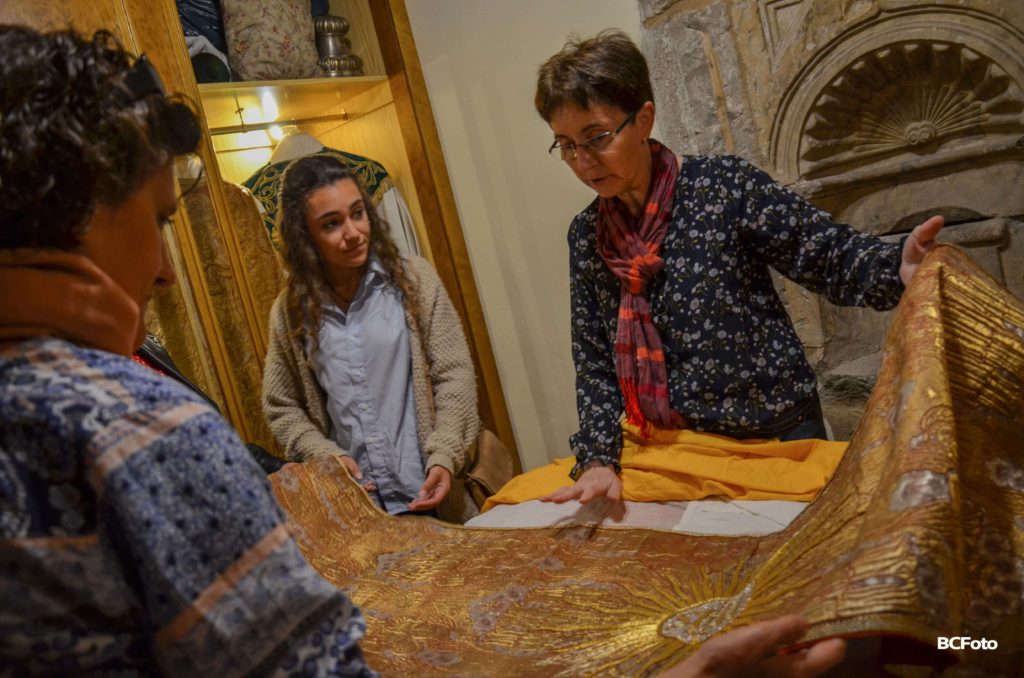 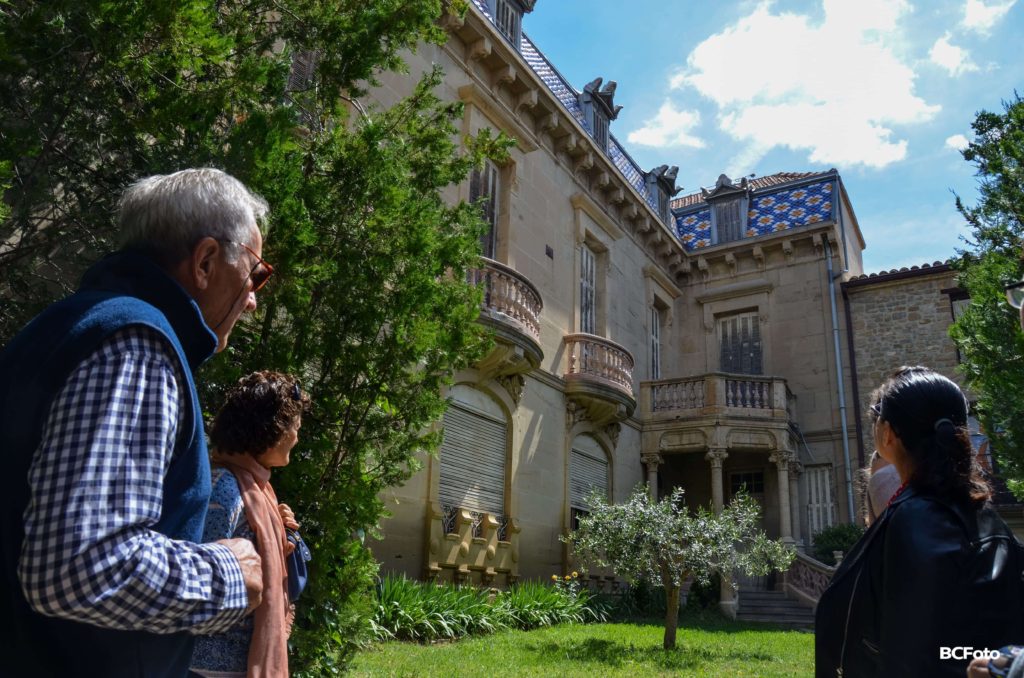 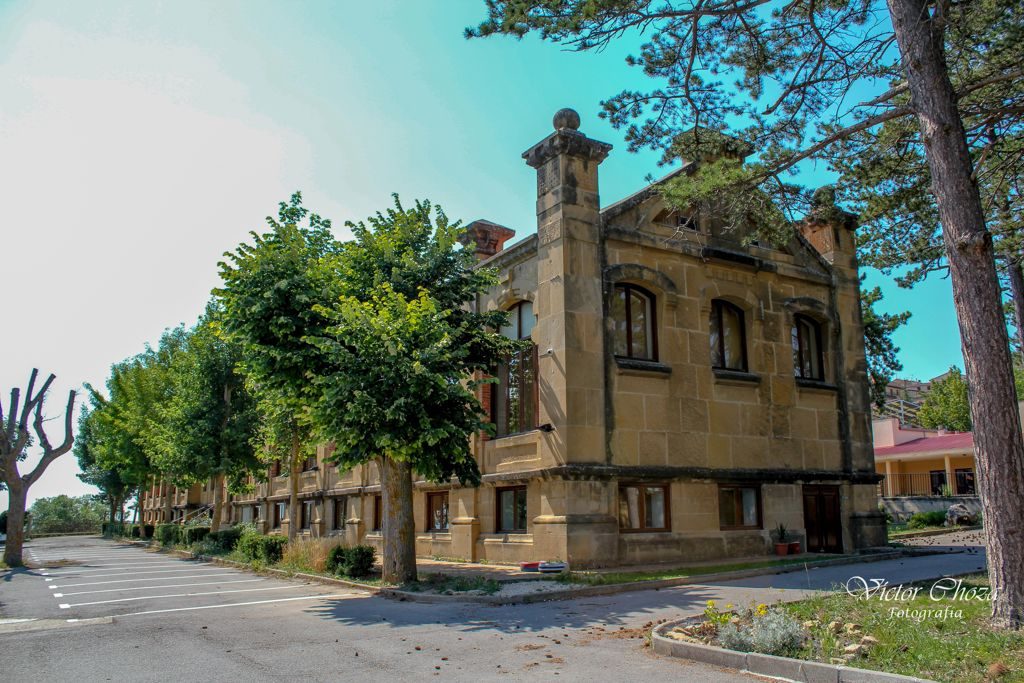 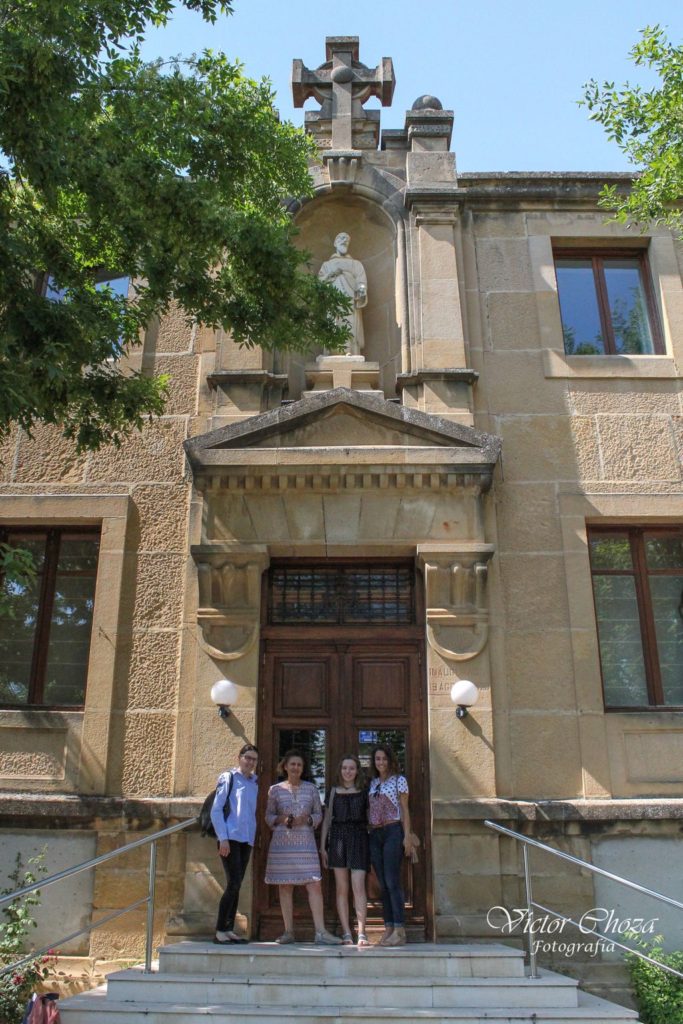 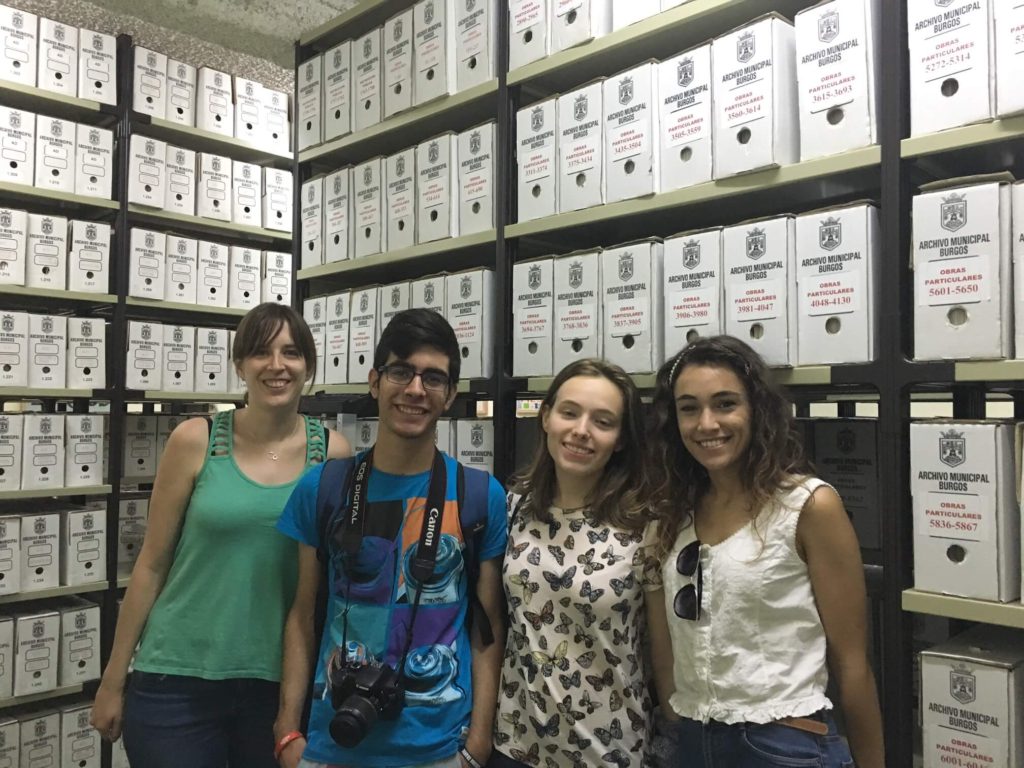 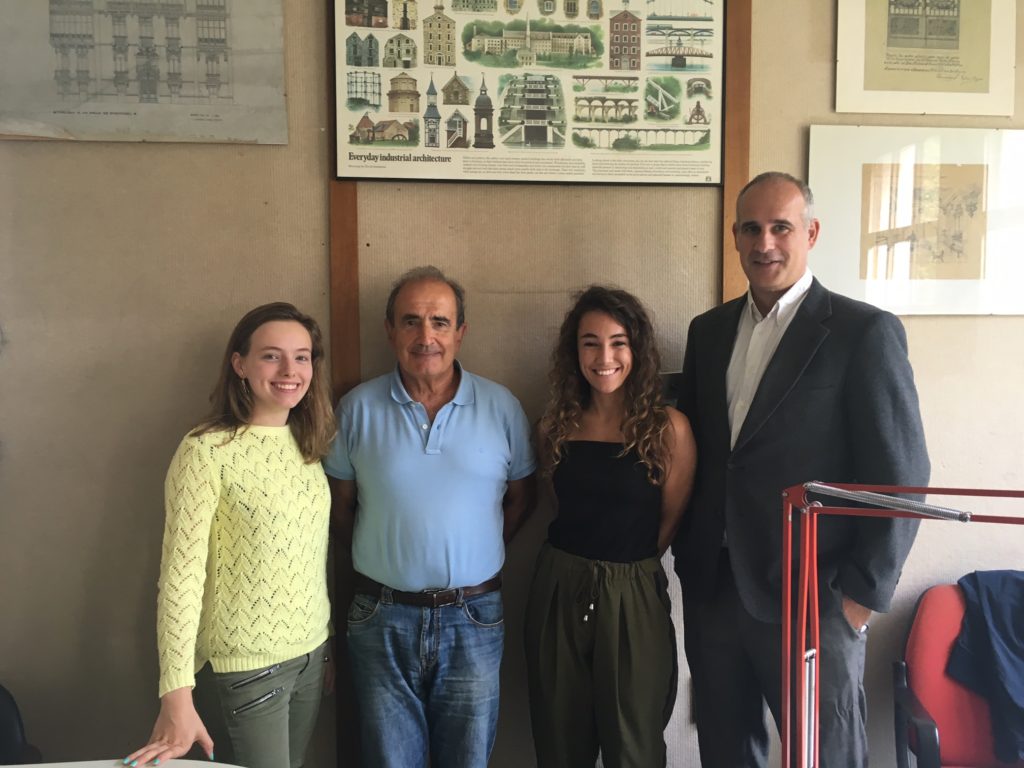 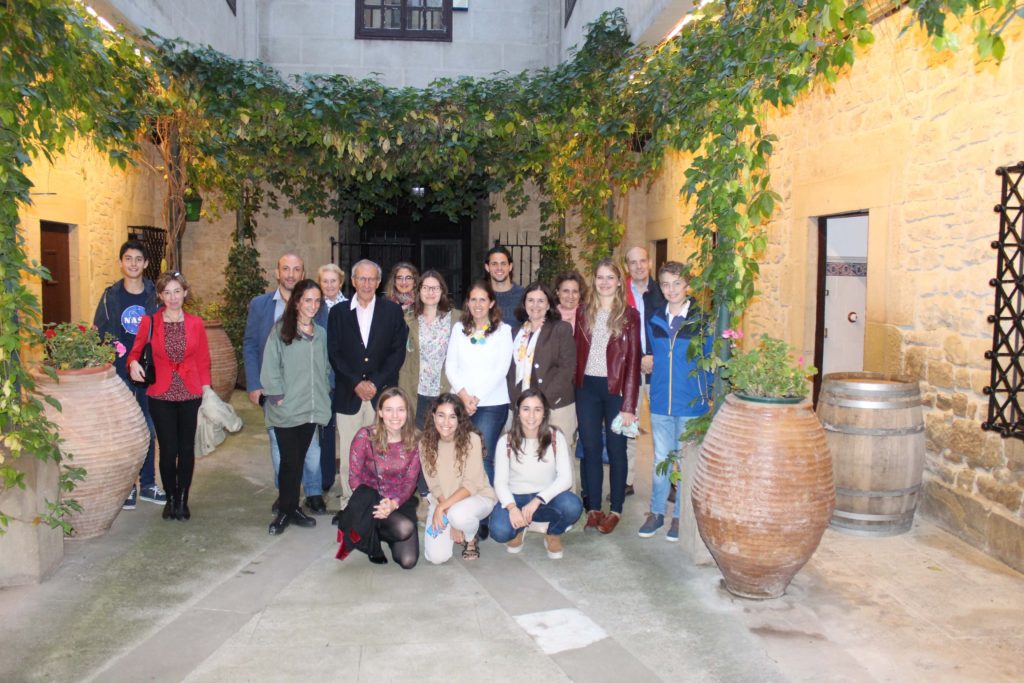 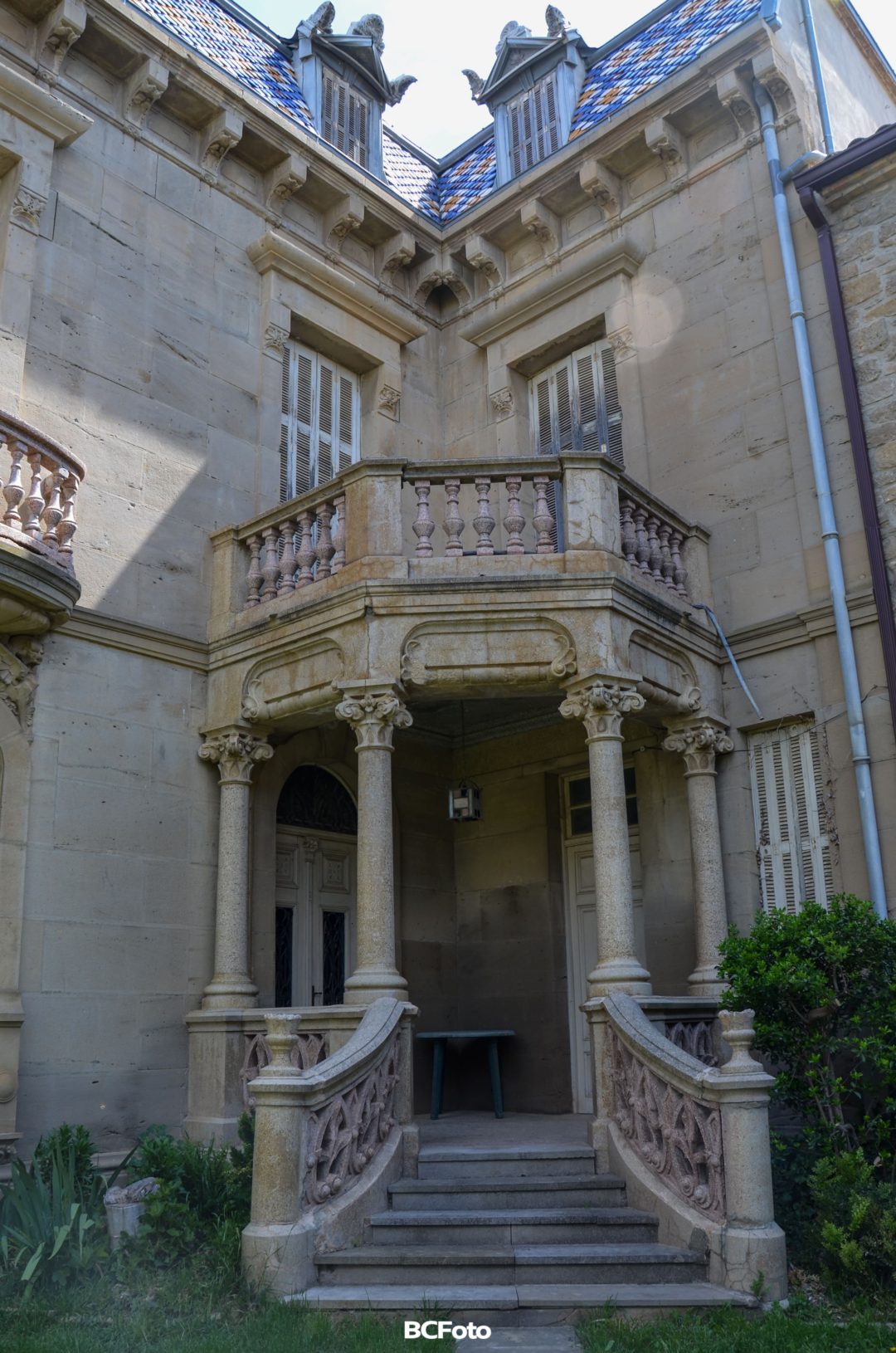 The End As The Beginning

Here is the last post of the academic course 16/17. The opening of the 2017 was with a post about the amazing building of Augustin Zulueta residence, today, the Alava Museum of Fine Arts. There we discovered a history, two architects, Apraiz and Luque. 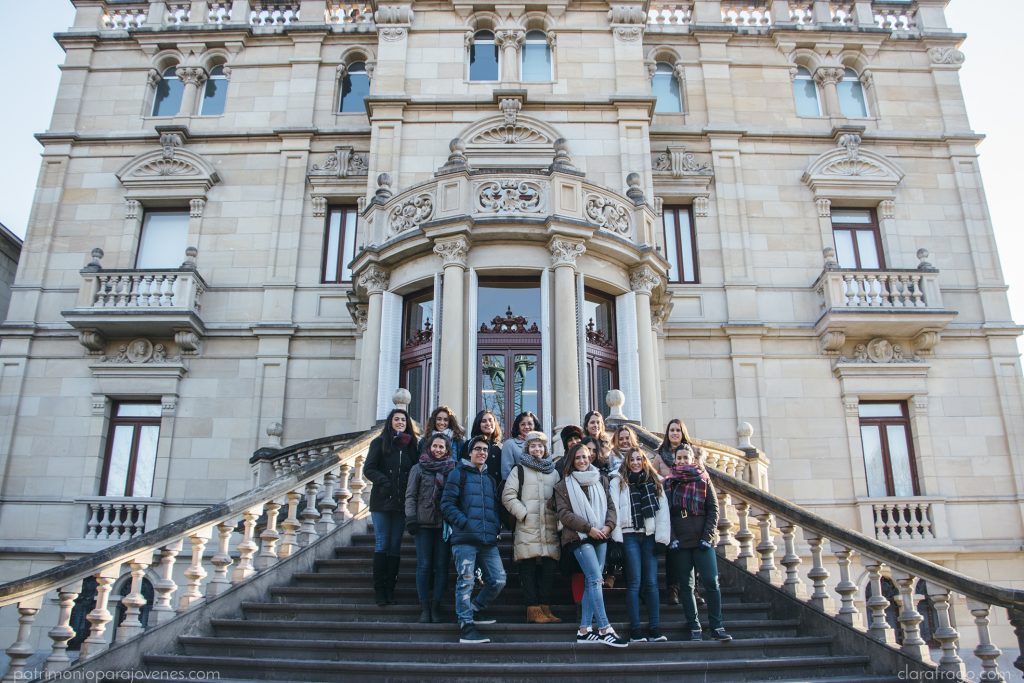 Apraiz has worked in such different places such as the city of Bilbao or the village I present to you today: Pitillas, at the south area of Navarra, in the area called “La Ribera de Navarra”.

Pitillas is well known by people keen on taking pictures of landscapes (it has its own lake and the observatory of birds), but perhaps people don’t know a fact; part of the stone at the New Vitoria Cathedral is from this village. Pitillas has a very special stone in his area. 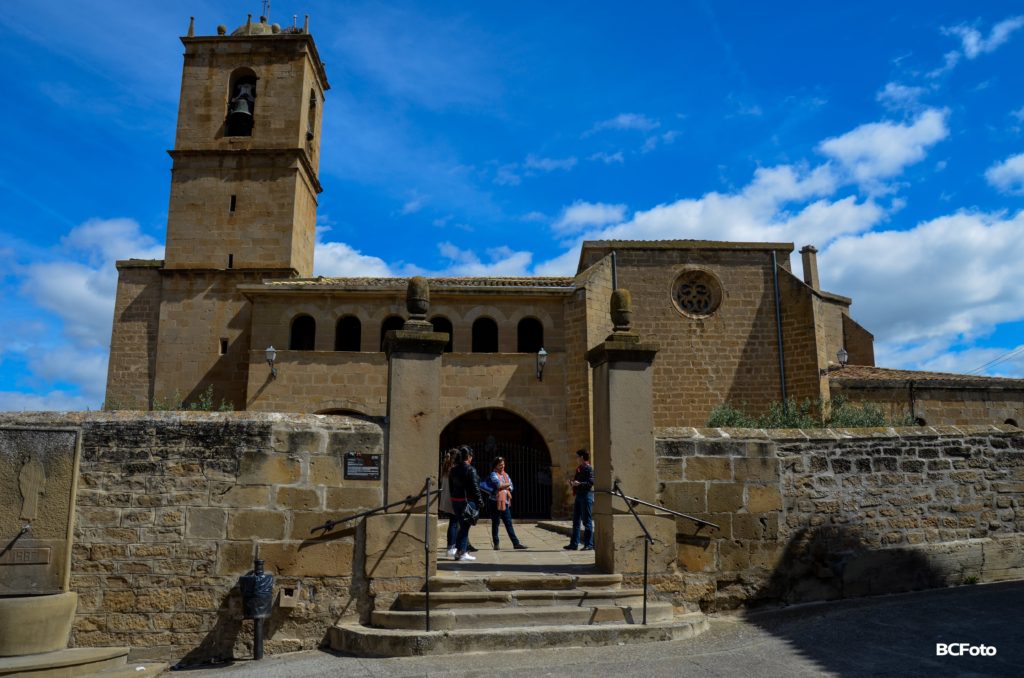 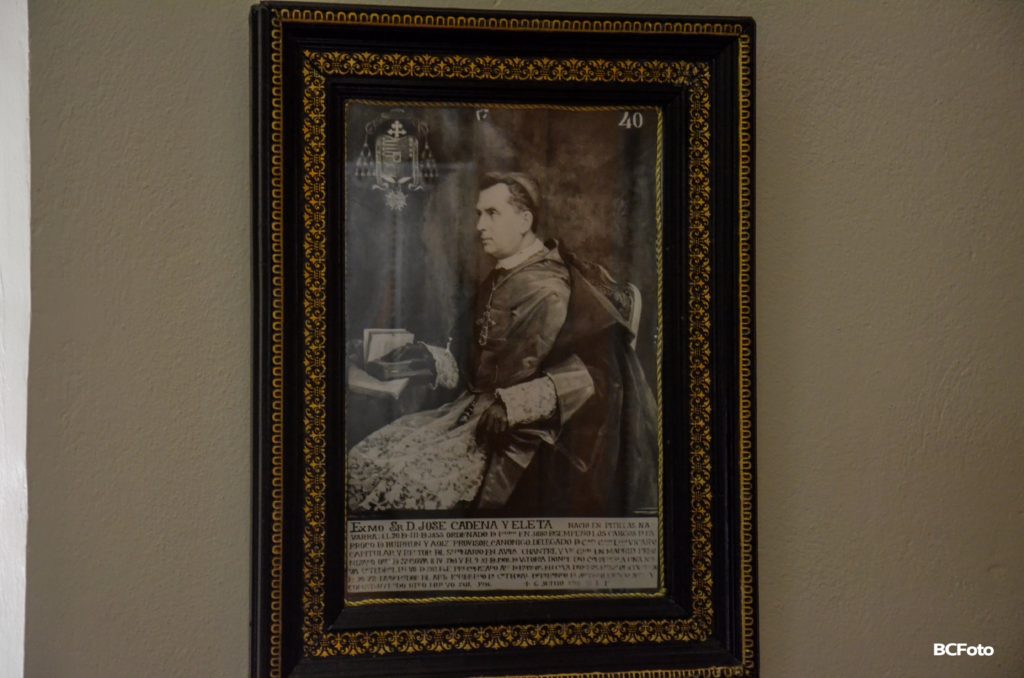 Apraiz and Luque became famous because of Cadena Eleta. Bishop of the city of Vitoria, cultured and patroness. Cadena Eleta was the prime mover of the new cathedral of Vitoria. A lot of architects presented their projects, but Apraiz and Luque won. So it was the beginning of a friendship that would last a long time. 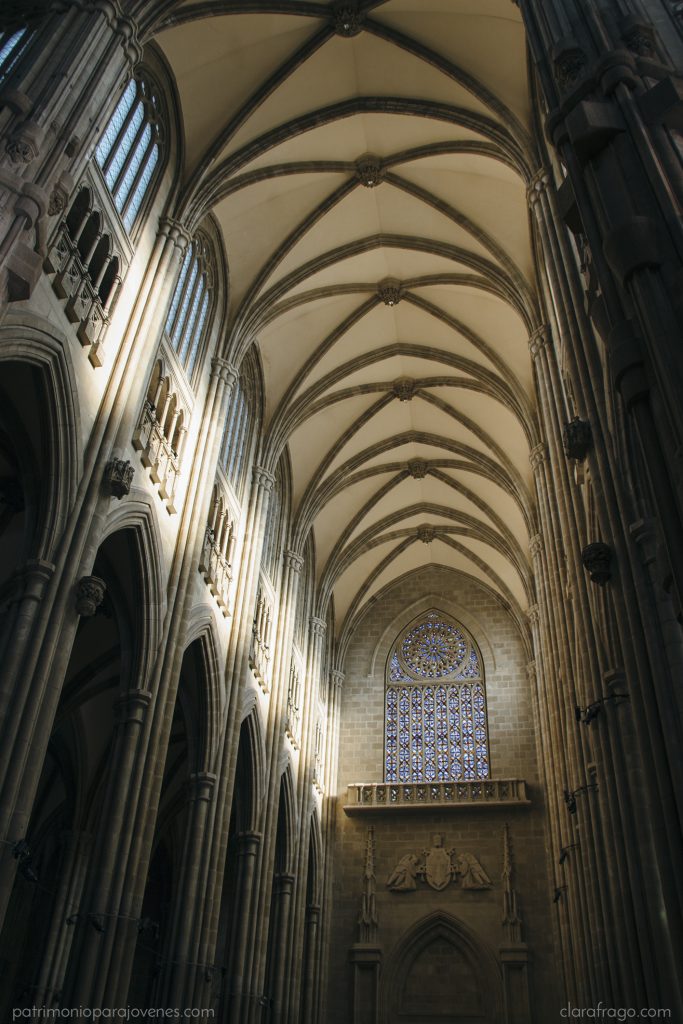 Cadena Eleta was from Pitillas. He gave as present to his village some of his belongings such as the insignia.

Today, thanks to Sagrario Anaut and her relatives, Pitillas has a small but amazing museum. She received us with a great courtesy and we enjoyed the exhibition in a very familiar atmosphere. 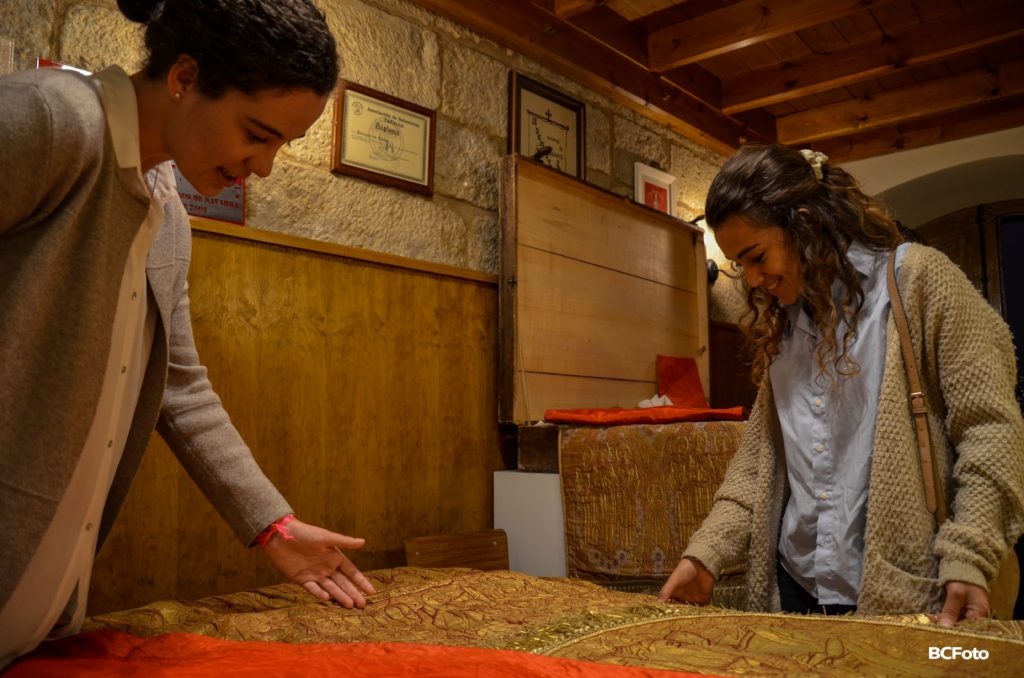 An anecdote came across 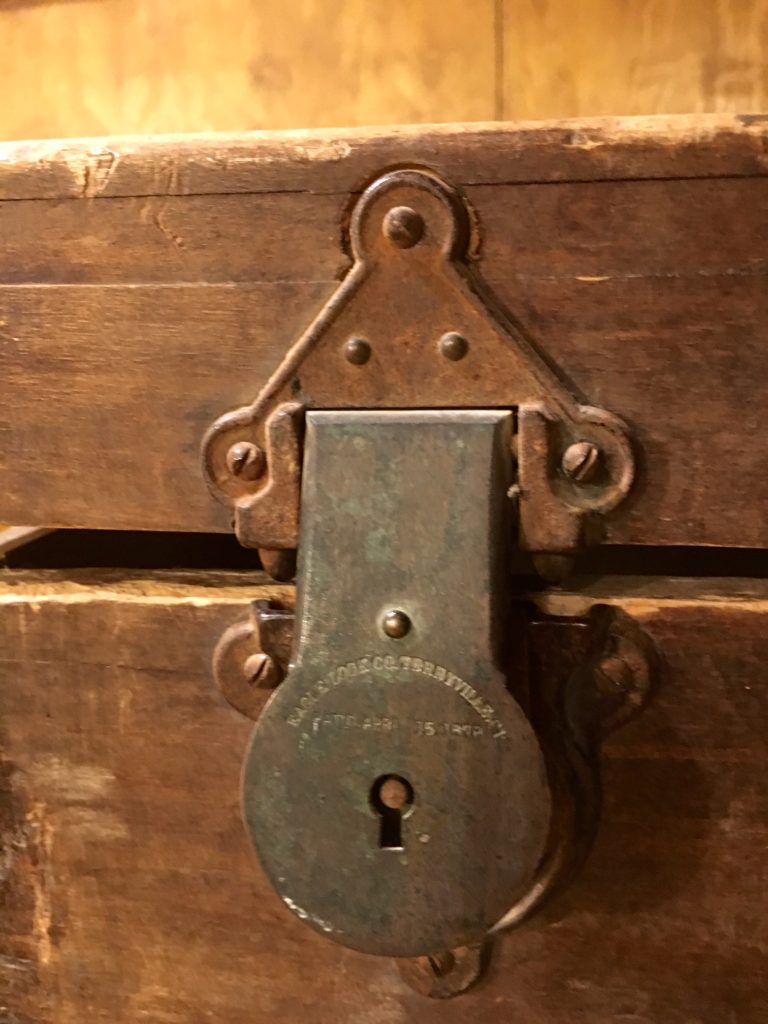 During the visit, I took the picture of the lock of a chest. The one in which the insignia from Cadena Eleta, arrived. It was written: Eagle Lock Company Terryville.

Back home, I looked for in on the internet and this is what I found

Then I kept in touch with Judy Giguere, from Connecticut, and she sent this image from the factory. Well… has not a lot to do with the architects, even with the bishop, but it is funny how this kind of connection between a small village in the States and a small village in Spain 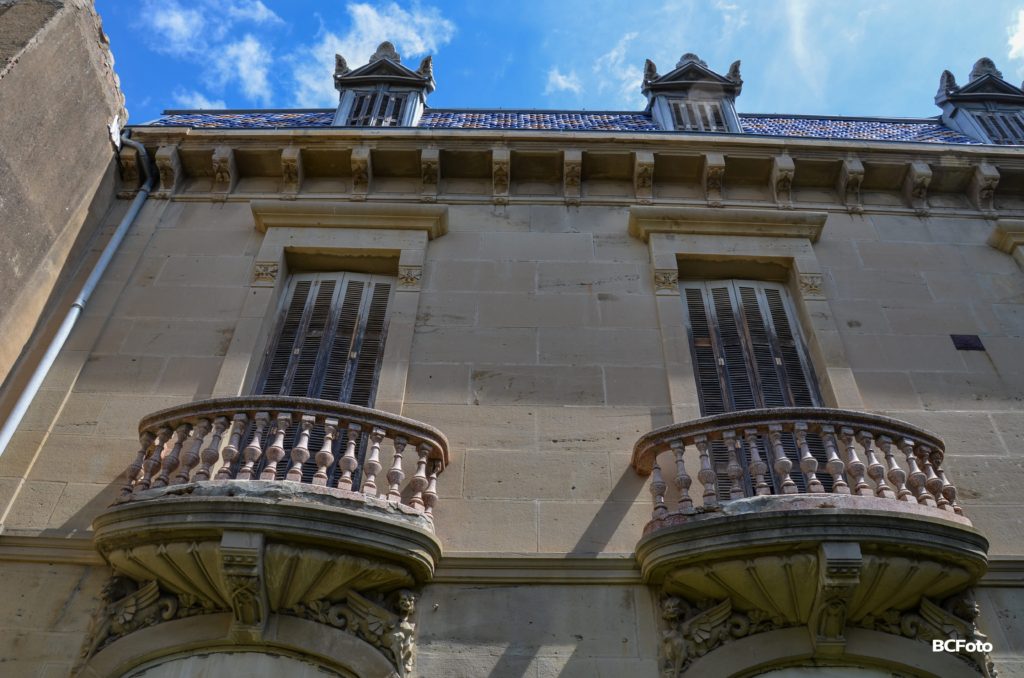 The history of this architect is so interesting, that a Patrimonio para Jovenes created a kind of scholarship for research about his work.

Maria Oderiz and Marta Aparicio are travelling, and also reading, around the places where we can find his buildings.

Bilbao, Laguardia, Pitillas, Burgos, and of course, Vitoria, are in their tour.

In Bilbao, we had the help of the enterprise Obra Insignia. And I want to thank here Amaya Alonso for her kind attention to patrimonio para jovenes since the beginning of the project.

A pretty house in Pitillas

Due to the friendship between Cadena Eleta, and Apraiz /Luque, they built a house in the village of Pitillas. As a relative of Cadena Eleta explained to us, this was not a house “for the bishop” but for Margarita, the bishop’s sister. This is the reason why the roof has daisies as decoration. The red color is inspired in a story of sadness and blood. It will remain a mystery for us since we didn’t get any explanation. I have no idea what could it be…

Mr. Jose Ramon Remacha, one of the current owners of the house, received us with kindness and explained that the house can not be visited inside. But everybody can enjoy the view of the garden, the roofs and balconies, the ornaments, the shapes. And the stairs, are a small version from the great one in Vitoria. 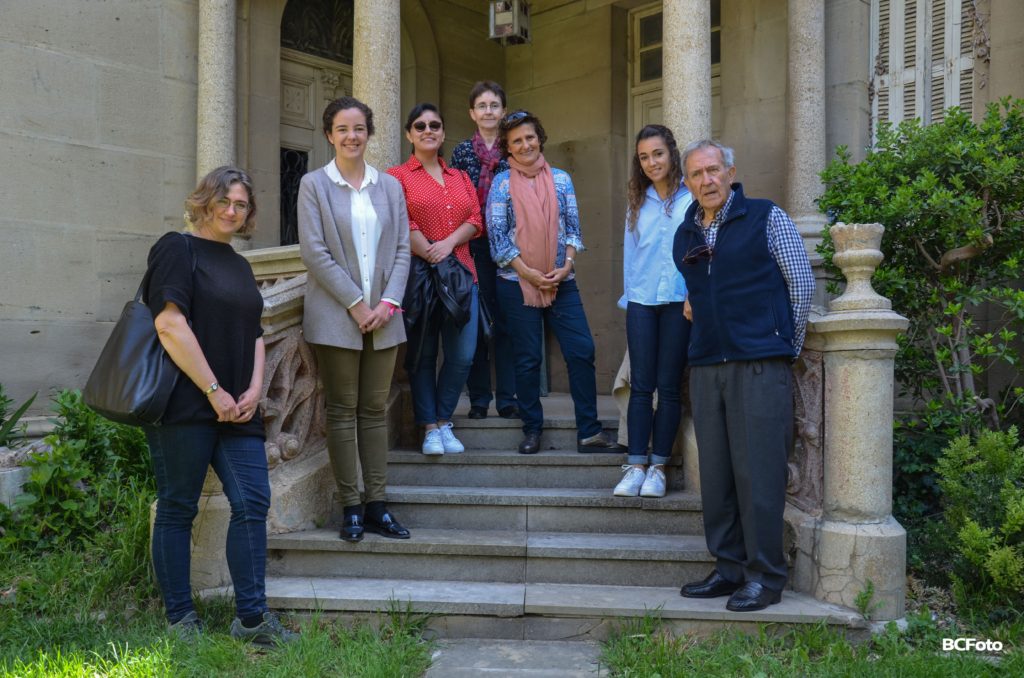 Then we had a nice lunch with the Remacha family, and as a present, we gave them the association memory as well as a bouquet of flowers to Mrs. Remacha. 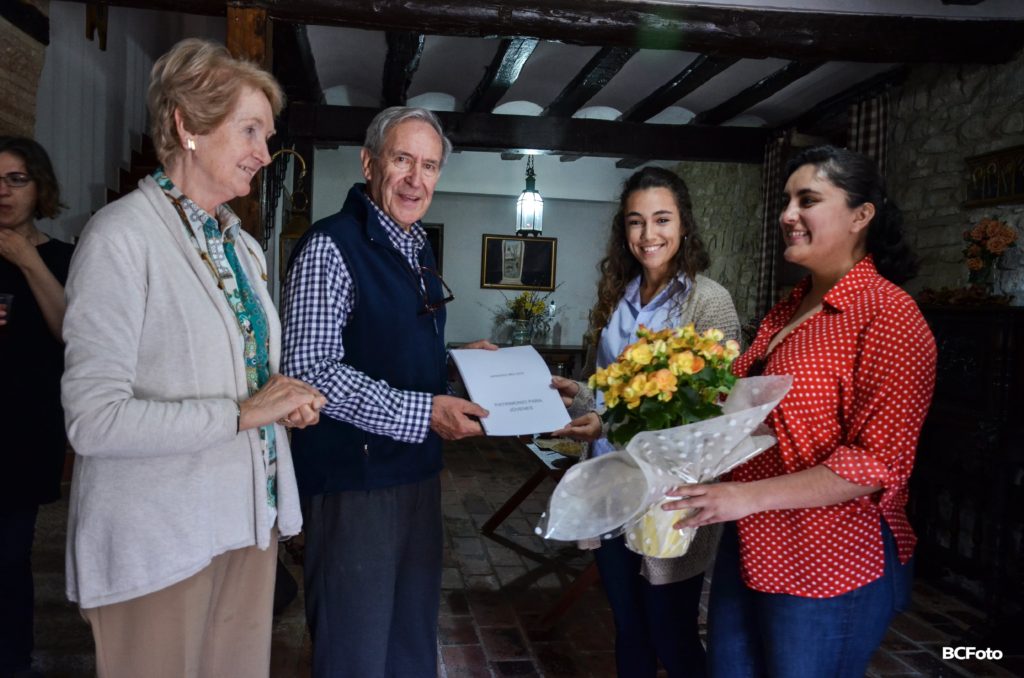 The course is over, as well as the blog. Coming back in September, follow patrimonio para jovenes on social nets, visit Pitillas if you come to Navarra, and enjoy the summer!