A journalist named Nerea Alejos wrote about this story in the regional newspaper “Diario de Navarra” on 22 August.

Usually we are looking for stories, that are somehow or have something new. But sometimes just the opposite happens: stories are looking for us. For example, there was last year in Burgos with the matter of the “monster or Ravenna” at the Burgos Cathedral and now, we have Victoriana Arizaleta and in her memory, the yoke of a small bell on the bell tower of the parish of St. Roman in the village of Arellano,  Spain. 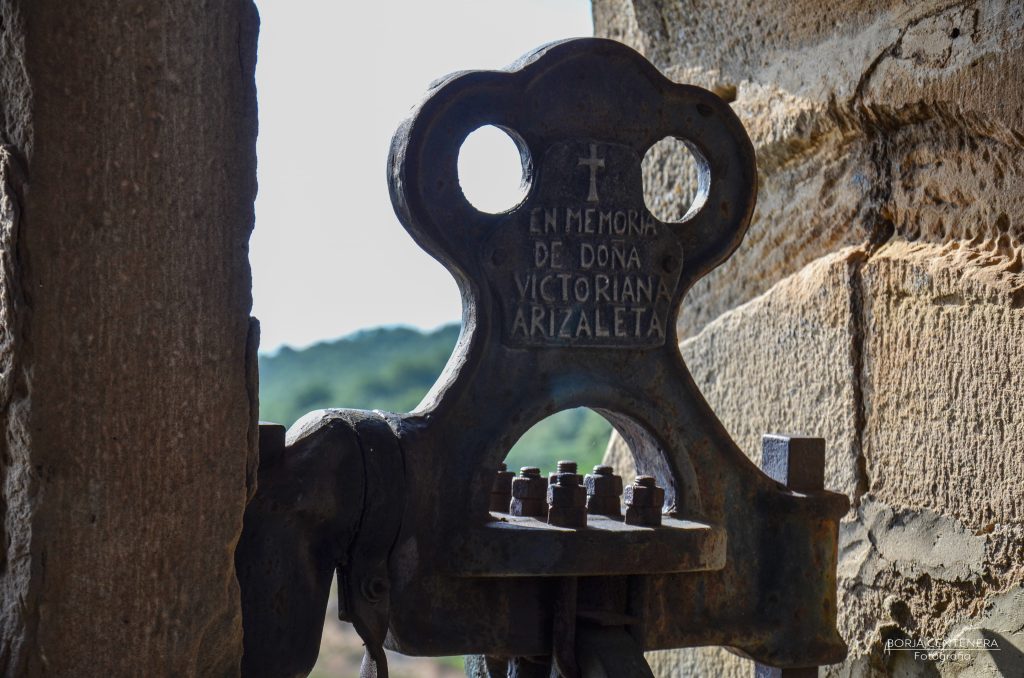 “In Memorian of Victoriana Arizaleta” and the year 1878. And nothing more, just ‘Jesus and Mary.’ A bell with no use nowadays but with the name of a lady.

At the beginning of the research, we asked the old people of the village.  Alvaro de Goñi, has also been looking at the archives there an we  supposed 1878 was the date of the Victoriana death. But to our surprise, it was the date of her birth.

Perhaps a well off woman, a kind of “patroness’?

We also worked with this theory, but it doesn’t quite fit. At the archive of the parish we’ve found the expenses for her funeral, which were quite normal. If she was rich,  she (or her family)  didn’t like putting  on a show of her capabilities. 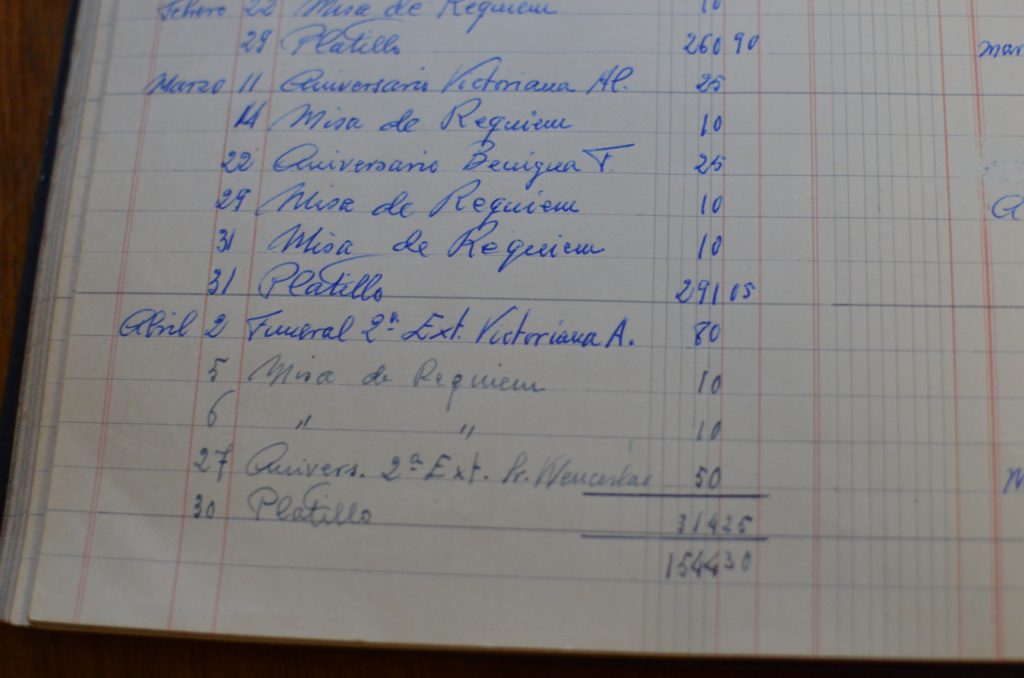 Things that we know

Born in 1878, she married a barber from the village of Salinas de Oro. The wedding was in Estella in the year 1901.

She had at least three children and worked as a midwife in Arellano and other small villages around. One of her boys, Santiago, had been the mayor of Arellano for years.

Victoriana took care especially with the birthing of very poor ladies and  gypsies. This was reported to us by her granddaughter who now is more than 70 year old.

Victoriana cooked cheese just for the family, and liked to make artisanal works, crafts, and the very typical Spanish “Encaje de bolillos” that consist of making lace in a special way. 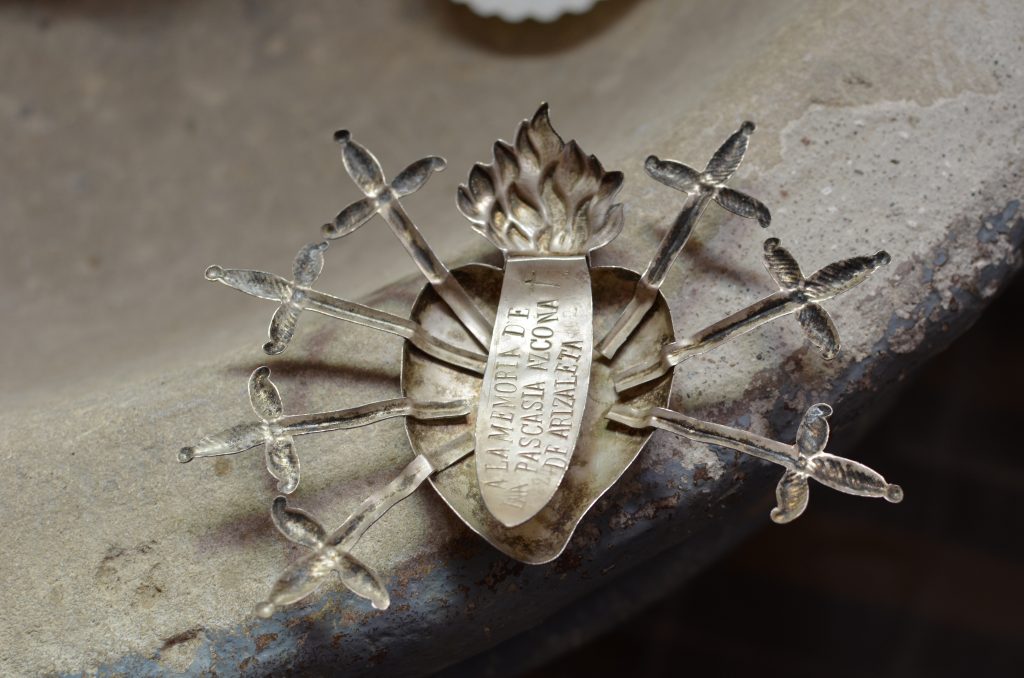 Devoted of the Heart of Jesus, we also found that Victoriana’s mother  has a silver heart dedicated to the Virgin Mary,  in the very same church. A fact discovered by Alvaro de Goñi, a young man from Arellano. In any case, we don’t know who paid for the bell yoke with the name of Victoriana. It is supposed be done by herself.

… And things we propose: 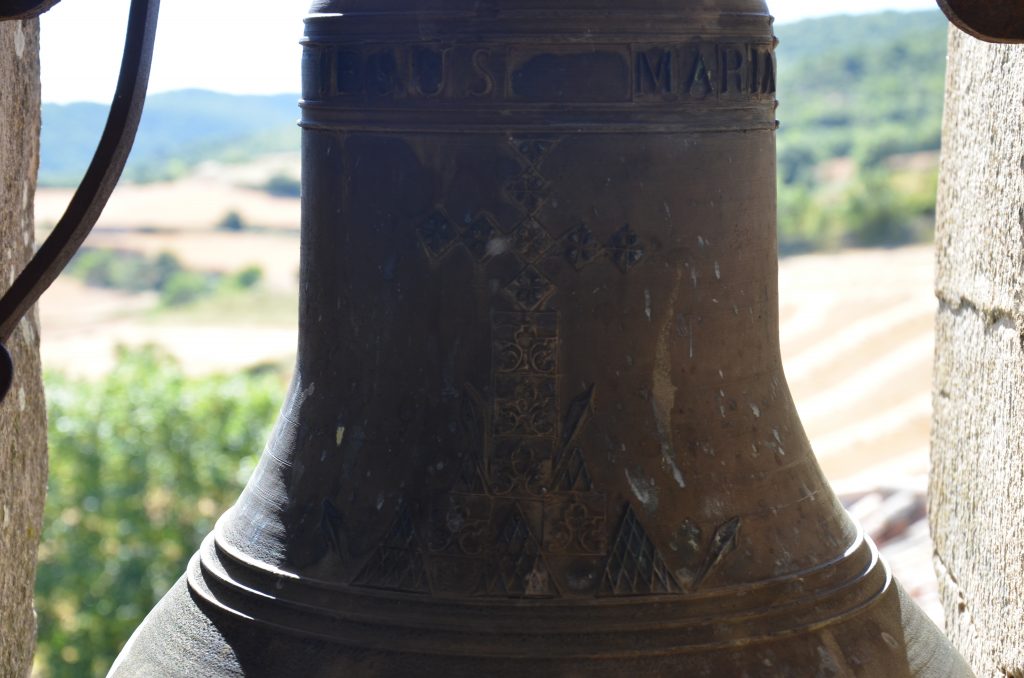 Births, wars… love and death… a work in the silence of the small villages isolated without the communication of today ( Internet, motorway, mobiles and so on )… a woman, a bell, a name. A bell that perhaps would be appropriate to ring again,  at least once every year, in memory not only of Victoriana but of all rural women of Spain. 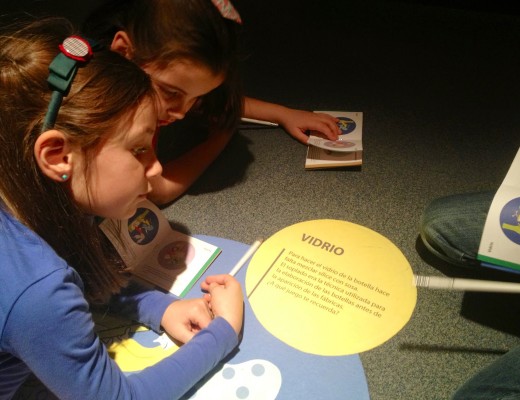 Learning how to behave in a museum.A visit with children 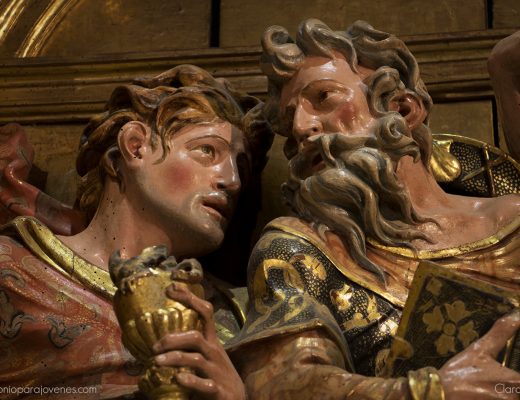 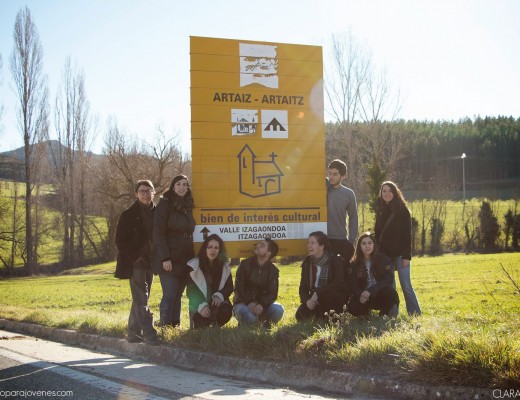