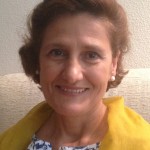 Journalist and graduate in Art Studies at the University of Navarra. Of Burogs by birth Navarran by adoption. She has worked in various media, especially radio. She has lived in half of Spain allowing her to cross it in its entirety from a very young age. She is thrilled to communicate heritage and make art and cultural heritage serve as bridges and points of communication between people. She is responsible for the content in social networks. maintains the project’s Facebook page, writes in the blog, and in Twitter. Curiously, she met the secretary of the association when she gave her classes in a creative writing workshop. And as it is that as Pilar likes to be always learning, it is common to find people who have given her classes and are much younger than she. 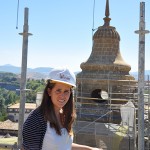 In 2005 she created, along with Joaquin Torres Ramo, their architecture firm dedicated exclusively to the restoration of monuments and assets (www.restauraciondepatrimonio.es). 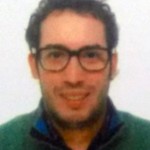 Degree in History from the University of Oviedo, BA in Journalism from the University of Valladolid and Doctor in History with international mention by the latter University. His doctoral thesis focuses on the figure of the former Prime Minister Leopoldo Calvo-Sotelo and his relationship with Europe. Jorge is currently an Associate Professor in the Department of Economic Analysis and Economic History and Ecnomic Institutions at the University of Valladolid. Avid sports fan and follower of Real Oviedo. He has helped to “put legs” on the Heritage project for young people since its inception. 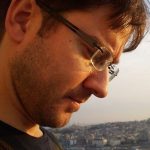 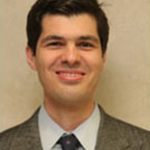 Doctor in Art History from the University of Navarra (2012) with the thesis “Princeps Monachorum: Art and Iconography of Saint John the Baptist in the Spanish Baroque Period, directed by Professor Ricardo Fernandez Gracia. He is currently an associate professor in the Master’s Degree of Art Market and related companies of Antonio Nebrija University of Madrid, both occupations making it compatible to work additionally as a cataloguer of old nineteenth-century paintings and Fernando Durán auction in the same city. His research focuses on Iconography and European Baroque painting. 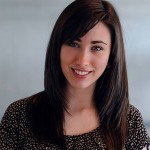 Degree in Film Radio and Televsion from the University of Navarra (2015) and is currently working at AcP (Adolescents with personality). She has been in charge, since the summer of 2014, of the photography and the videos Patrimonio Para Jóvenes project. She has her own web page, www.clarafrago.com She has been director of photography on the short film “Routine” which was presented as the final degree project in her final year. Where one works surprises. Creativity, tenacity and perfectionism are characteristic of the way she works and from here we can only say, Thanks, and happy professional career! 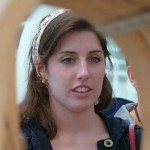 Degree in Film Radio and Television from the University of Navarra, (2015). English text editing and translation. She is also the project’s international correspondent in the United States.