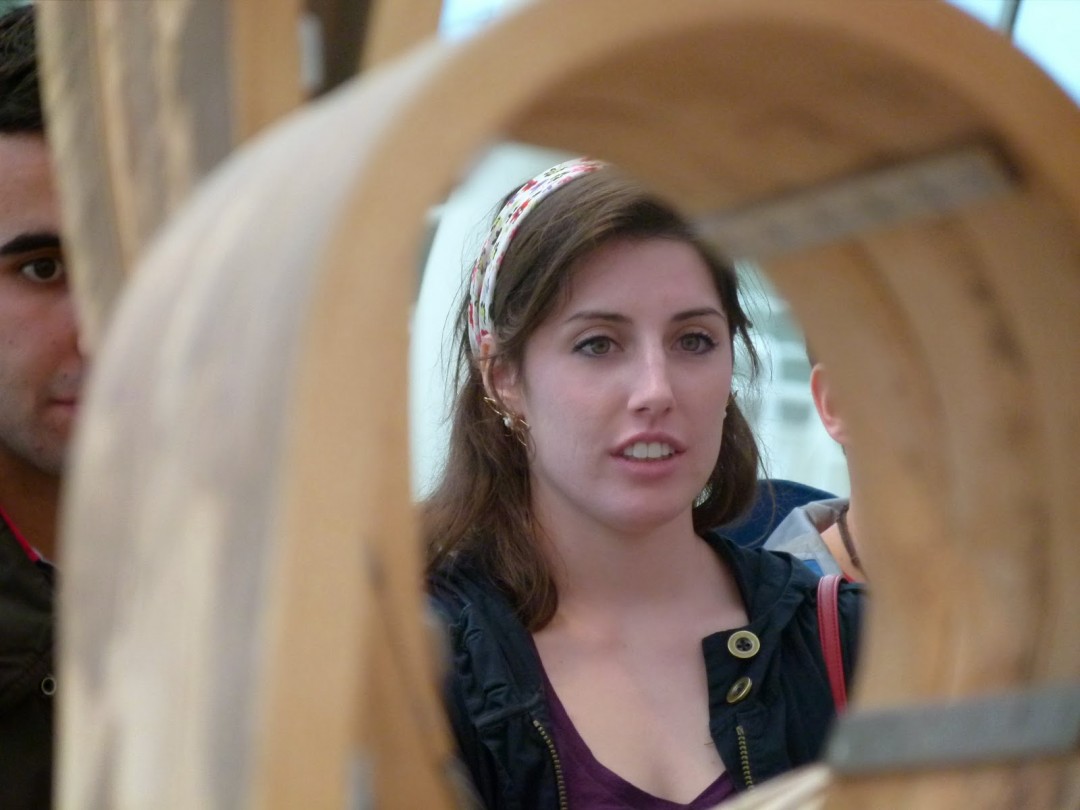 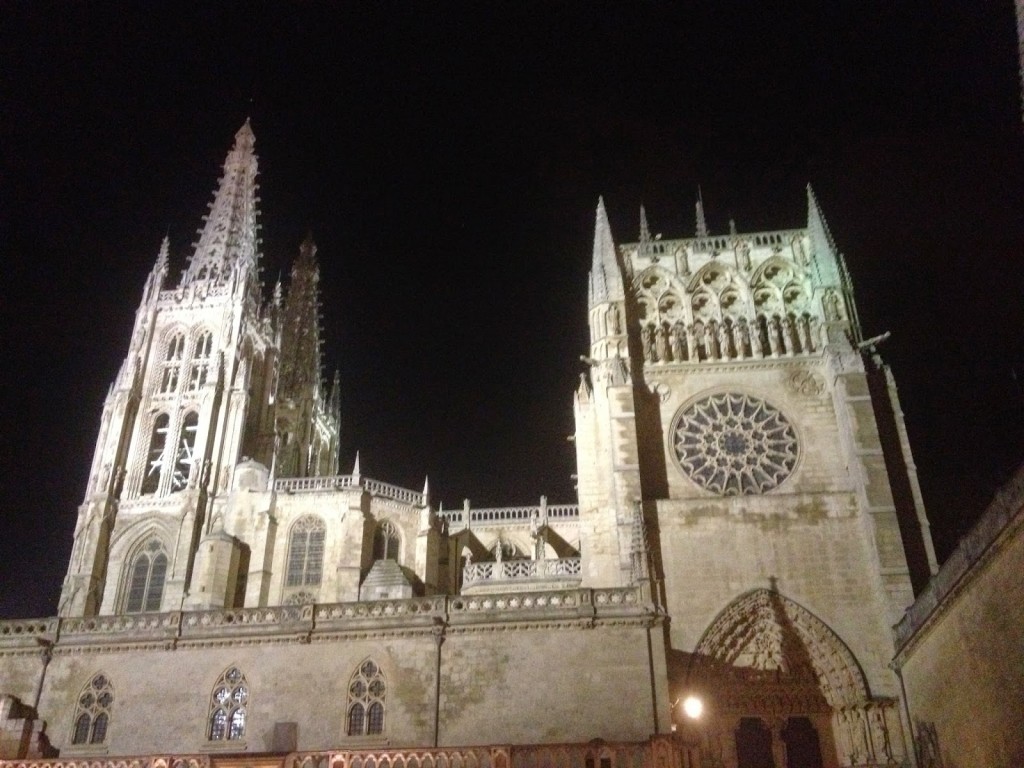 BURGOS MORE THAN THE CATHEDRAL :
Several years ago one of my study abroad friends told me that all Burgos really had was a big church and nothing else. After spending this past weekend on  the historic city of Castilla with my sister Lucy, I discovered that his evaluation was more than a little misleading. It´s true that a large part of Burgo´s interest comes from the cathedral. Even after several years living in Spain,the mere sight of its exterior never ceases to amaze me.It´s incredible to consider that this building was started in a century long before my country was even dreamt of. But it doesn´t end there. 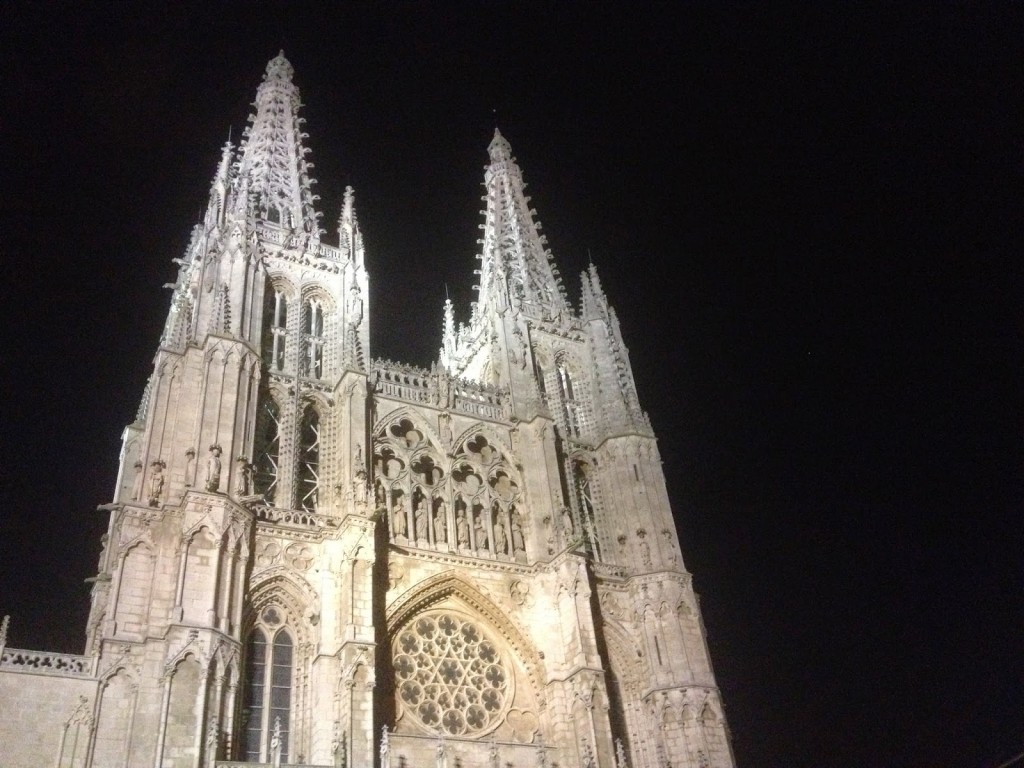 Don´t get me wrong. Burgos isn´t any Barcelona or Madrid, but it has its own brand of northern Spanish charm. It was my third time visiting, though the first time I had the chance to spend more than a few hours there, which certainly didn´t do it justice. As it was, even after spending the weekend there, we didn´t feel as if we´d seen it all. 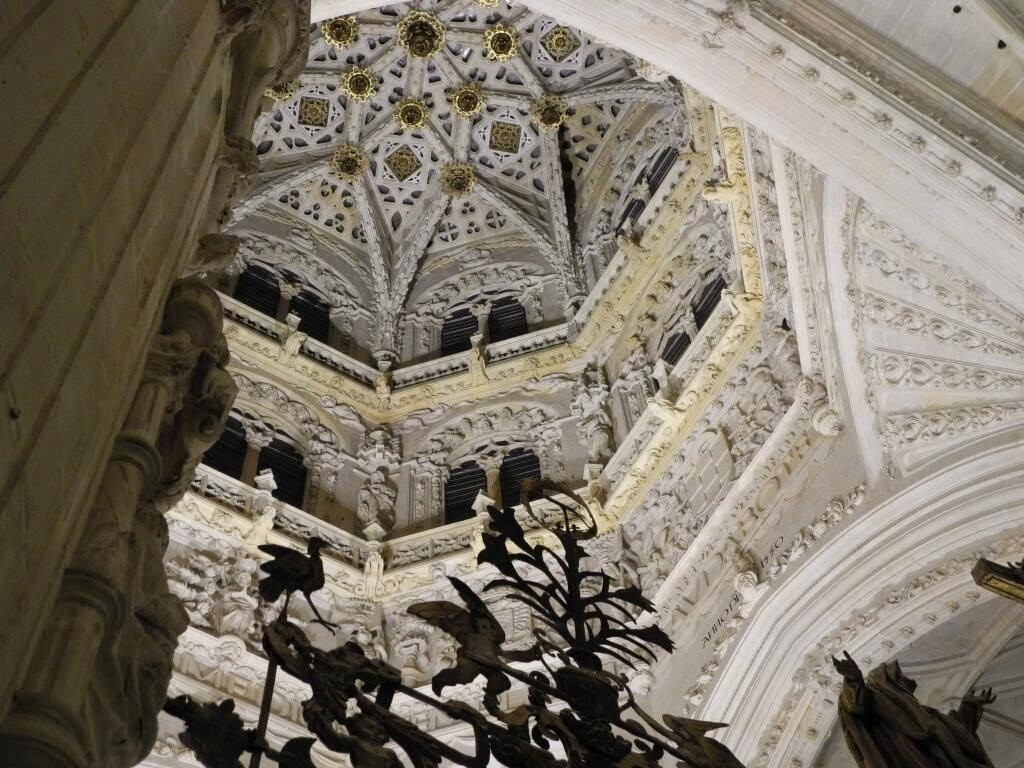 However, we´ve come to learn in our travels with Patrimonio para jóvenes that in these cases it´s best to take advantage of the time you do have, while really enjoying what you can see, isntead of rushing around from site to site trying to do everything.
Another example of this philosophy is in visiting the Cathedral itself. It´s gigantic and absolutely filled with fascinating masterpieces.It would be an exercise in frustation to try to "see" the Cathedral , as if to cross it off a list of requierements. Instead we visited a  few key parts of, making peace with the fact that we´d only be able to graze the surface of what it had to offer. 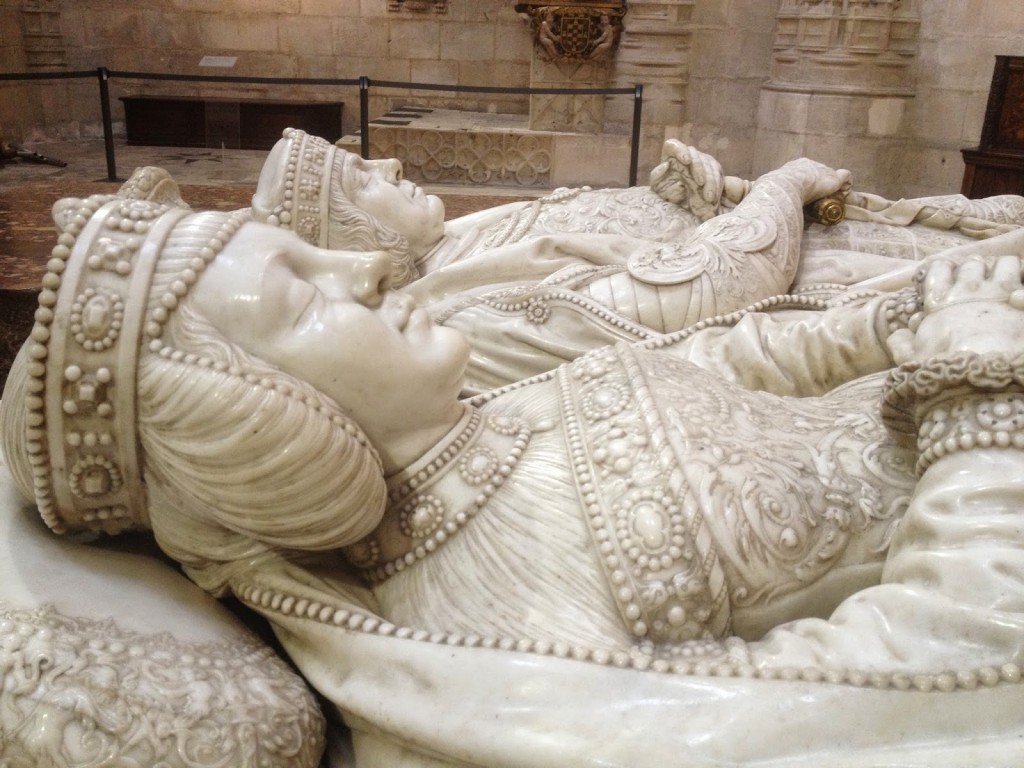 Now Lucy and I aren´t any kind of art historians, so for us the best way to appreciate what we saw was not by looking up dates that we´d probably forget shortly after exiting. Instead we learned about the meanings and signs behind the artwork, which are all meant to tell a story. Discovering the significance of the allegories on the base of a tomb , for exemple not only makes the experience of seeing it richer, but the next time we see the depiction of a similar figure on another artifact, we´ll be able to interpret that message as well . 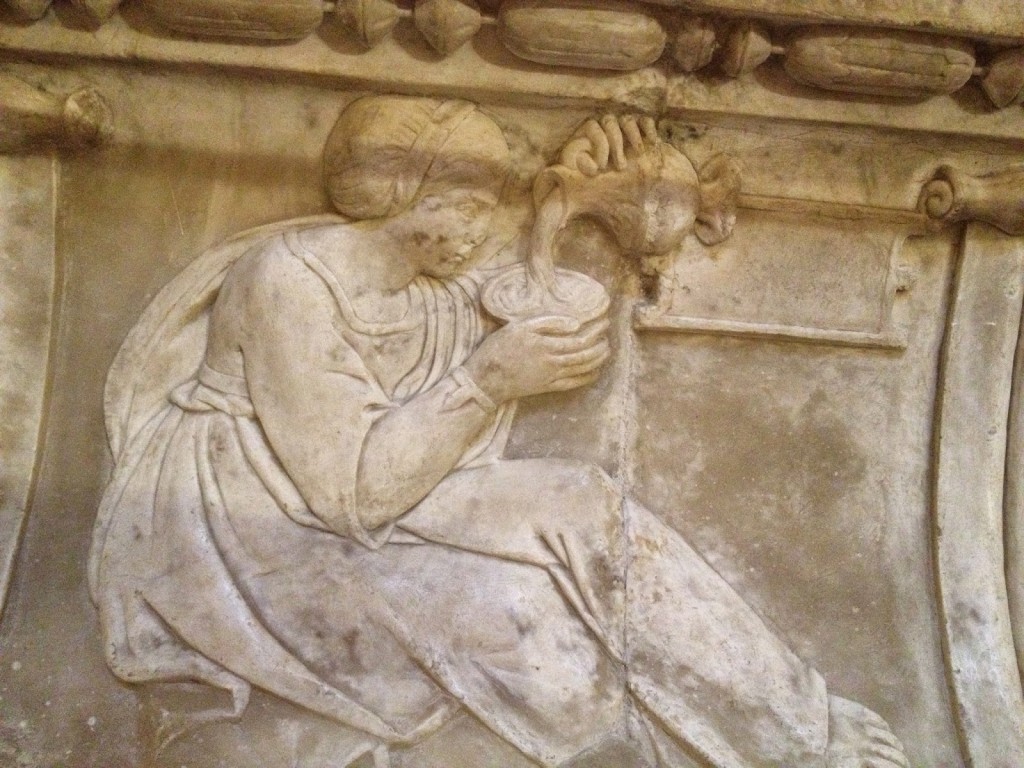 It´s also very fun to compare artwork and architecture, such as the "retablo" in the main chapel with others we have seen in different churches and cathedrals. Each one is unique, varying with patrons, artists, centuries, locations… etc.
But as I mentioned before, the Cathedral isn´t the only part worth visiting in Burgos. The university campus is splendid. http://www.ubu.es/es/english-information For an a couple of Americans, this evokes the idea of the quintessential Spanish college. 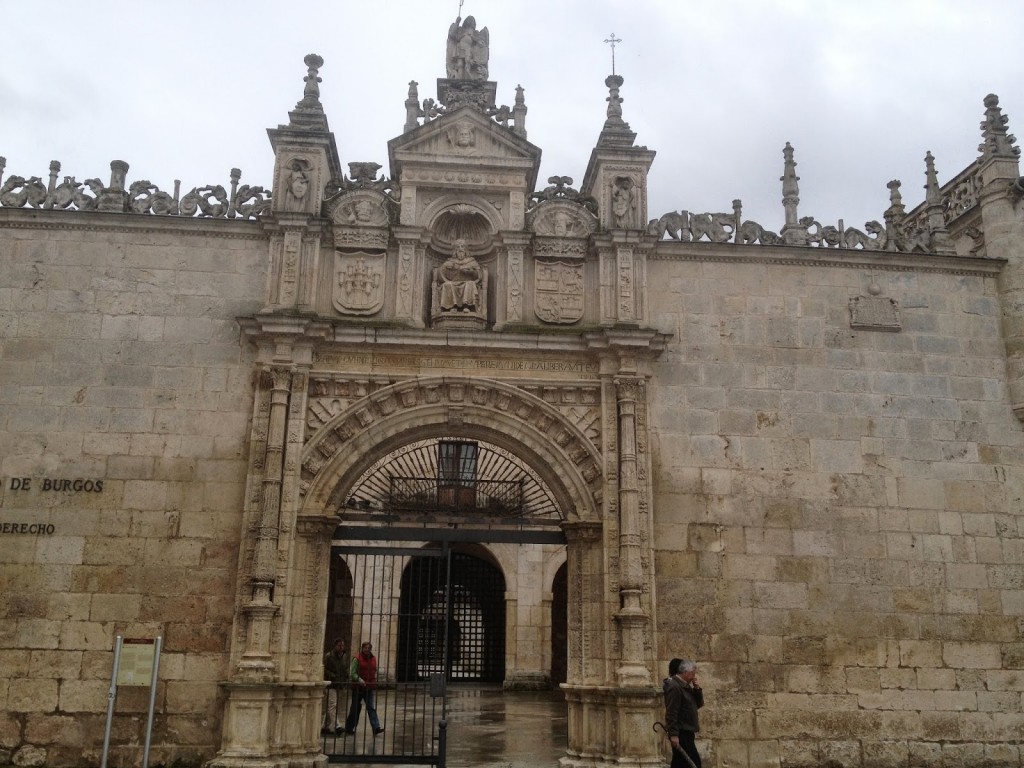 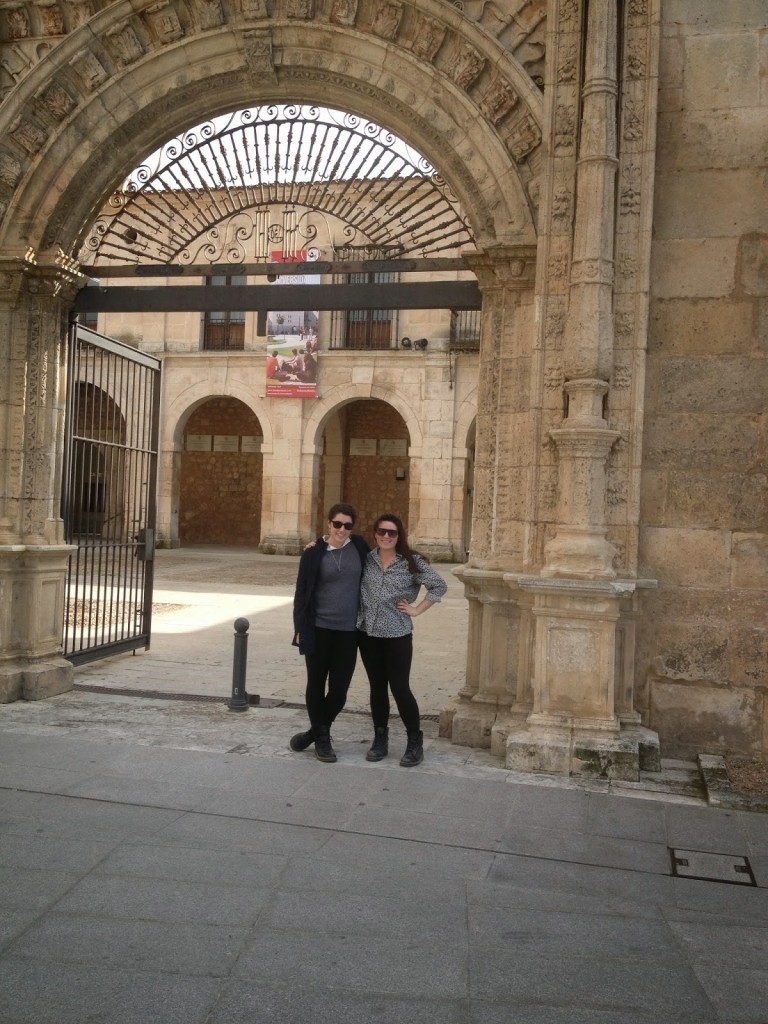 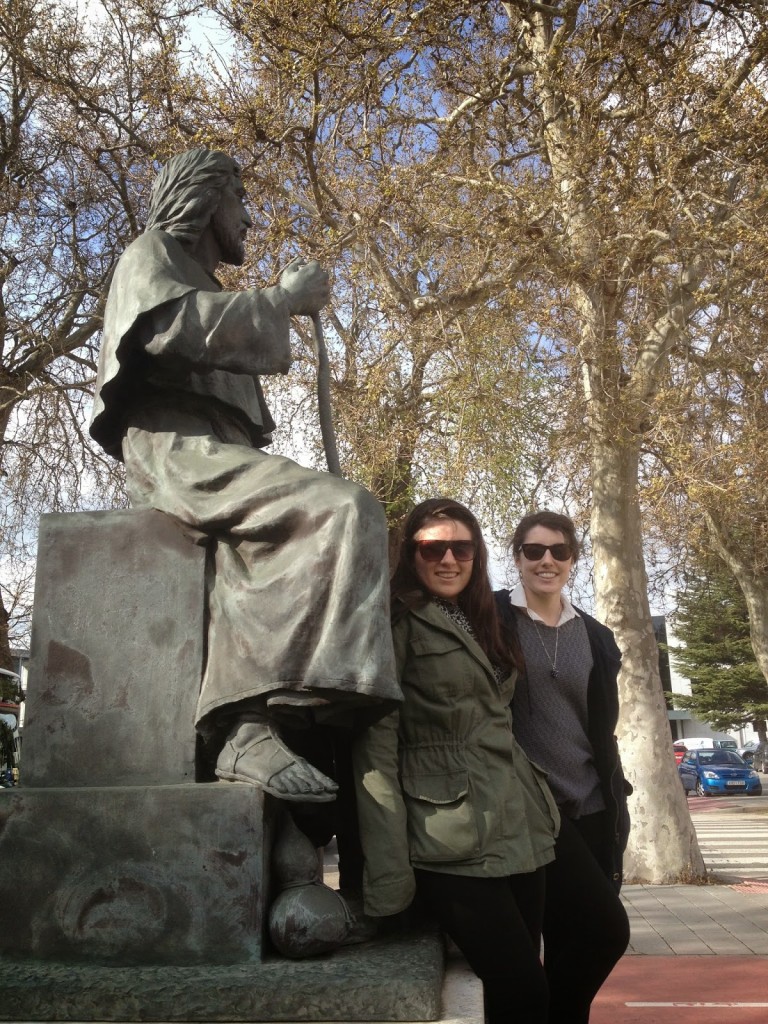 Though a bit of a trek from the city center, (about 30 minutes walking) , it is certainly a pleasant commute. 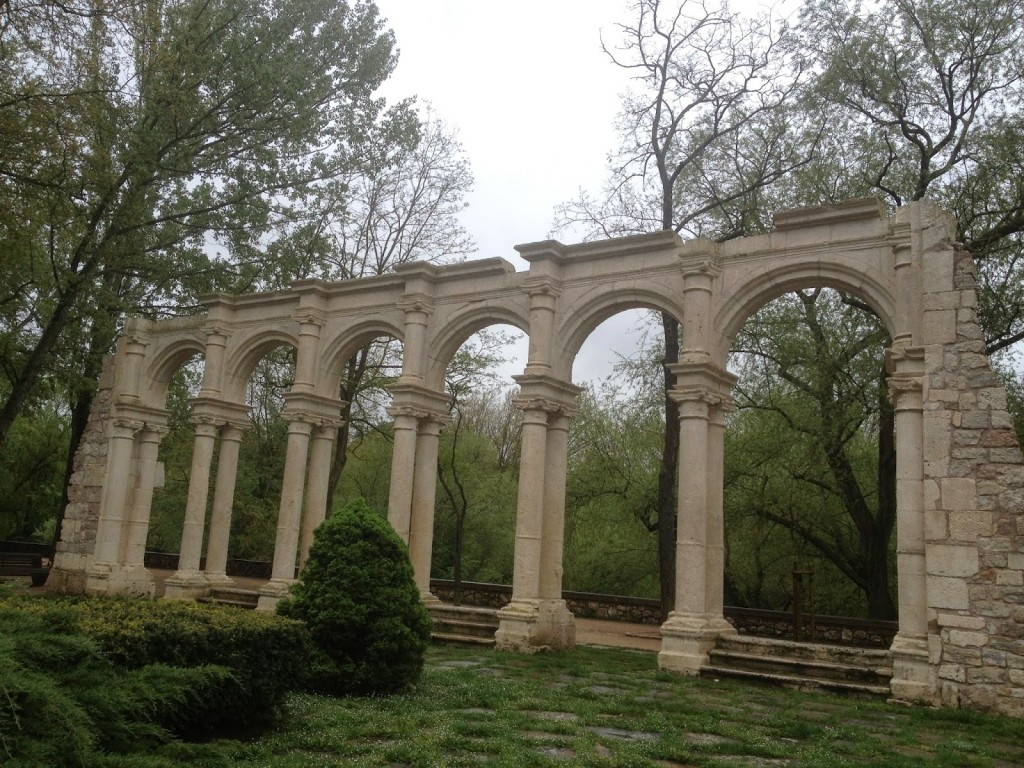 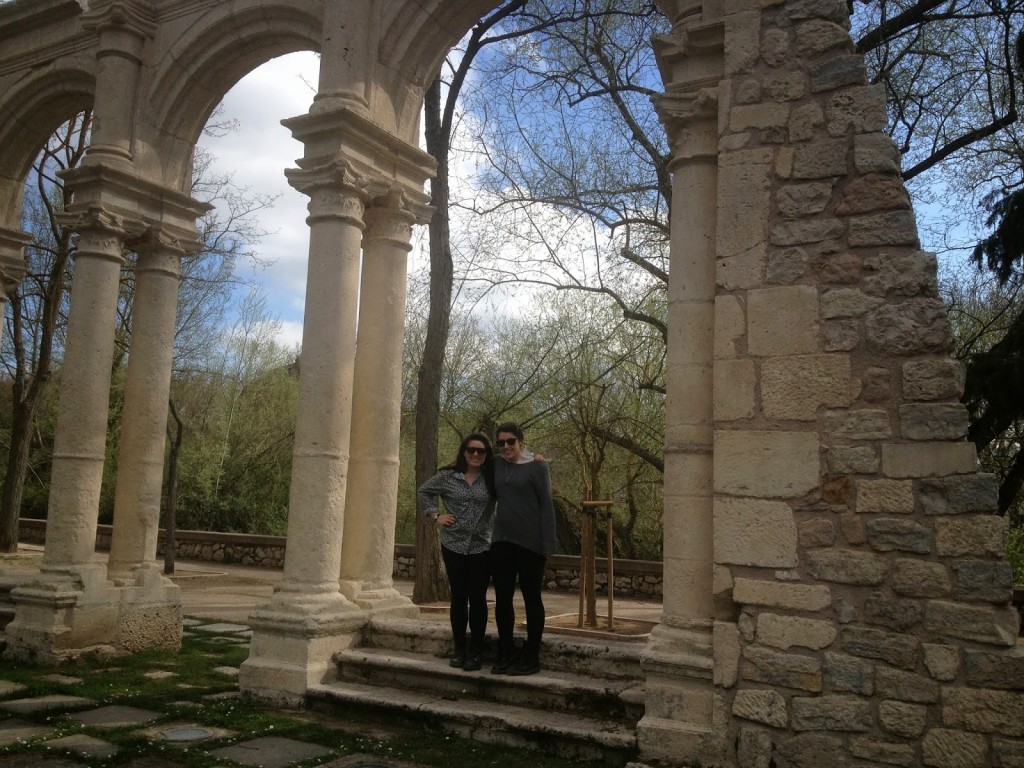 And if you like walking through beautiful natural scenary , hiking up to the castle is also worthwhile. The views from the top of the hill are outstanding. @castillo_burgos on twitter.
Lucy and I were lucky enough to visit Burgos during a gastronomic competition among the bars, so everyone was on their A.game. One of our favorite tapas was something called the "cojonudo", made with morcilla, a typical blood sausage from the region. Each night the streets were alive with people going from bar to bar. Though Lucy and I have lived in Spain for quite some time, it´s still amusing to see people going out for dinner after 11:00, and with children!
On Sunday mornign we got a small taste of the oficios of Holy Week. Different groups of people dressed in traditional garb in colored in accordance with their brotherhood processed down the street to the beat of drums and horns. 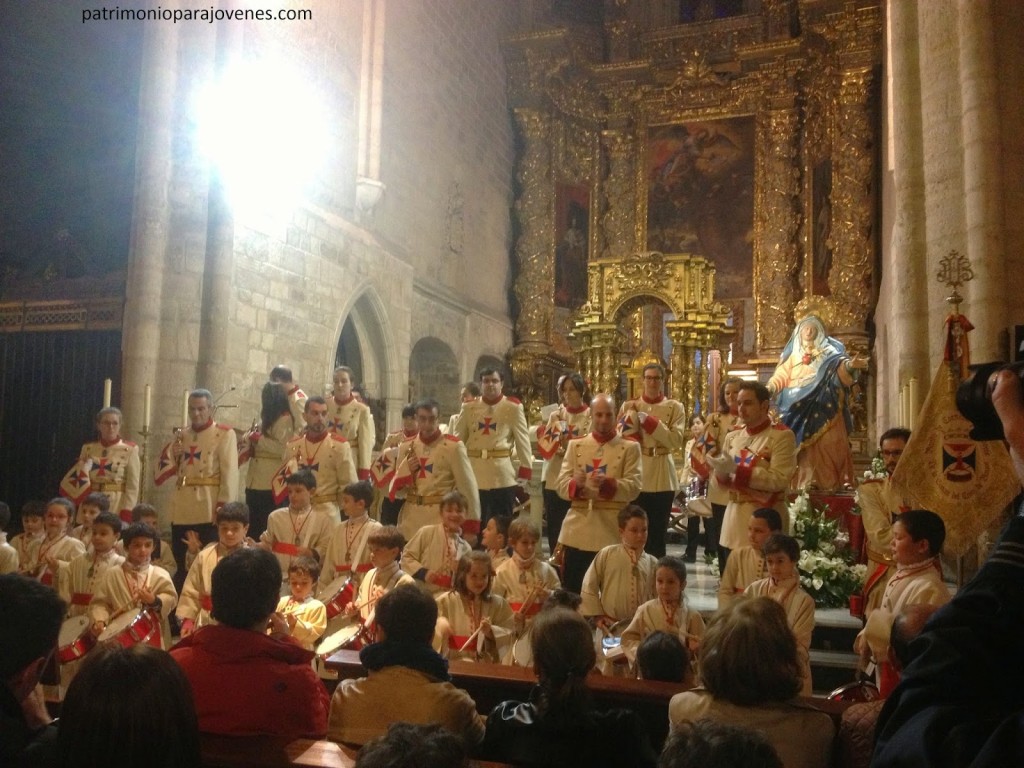 Some carry huge sculptures and dance them to the beat of the music. Though we were told the oficios and "procesiones" in other Spanish cities such as Sevilla ,Granada, and Malaga are quite a bit more spectacular, the ambience is exciting and the experience completely different from what we were used to.This is something you really need to see to understand. 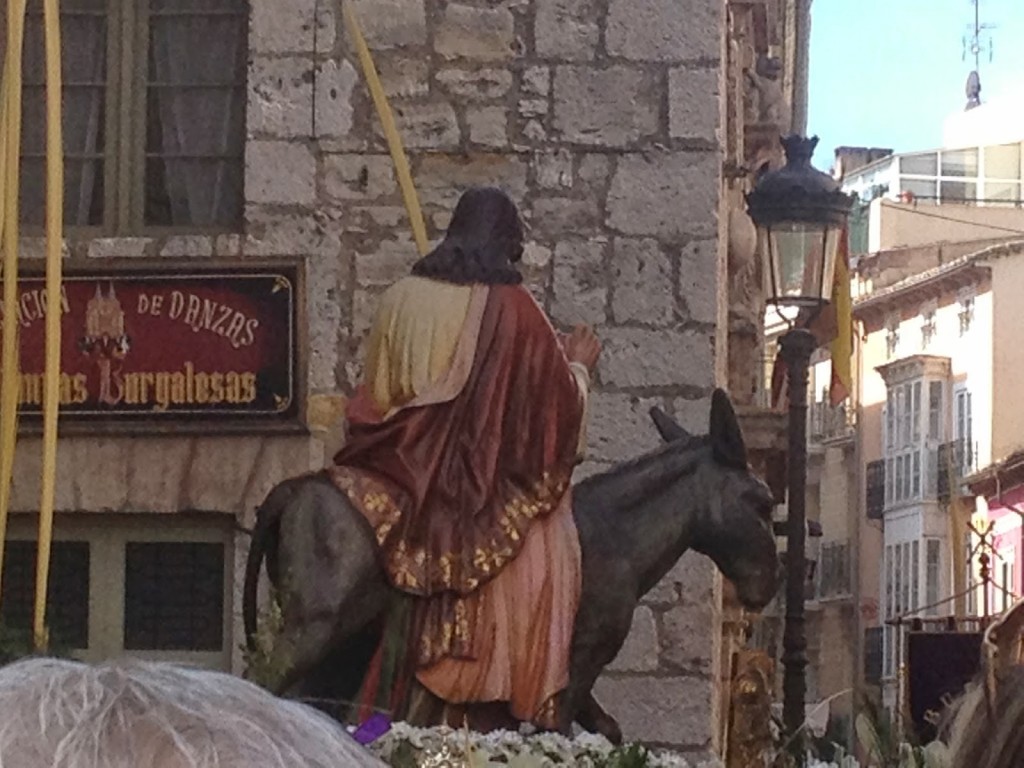 At the end of our weekend in Burgos we headed back to Pamplona, feeling the kind of satisfied tired that comes from taking an enjoyable trip, but even still feeling we´ll have to go back soon.
Y hasta aquí llega la crónica de Marianne, que me parece muy interesante.  Os dejo otro enlace de interés: www.turismocastillayleon.com
Hasta la próxima.
0 Comments
By Patrimonio para jóvenes 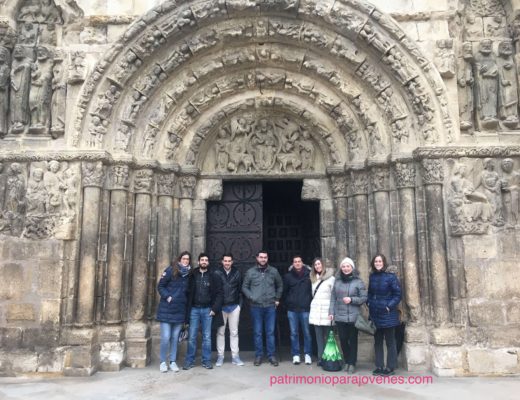 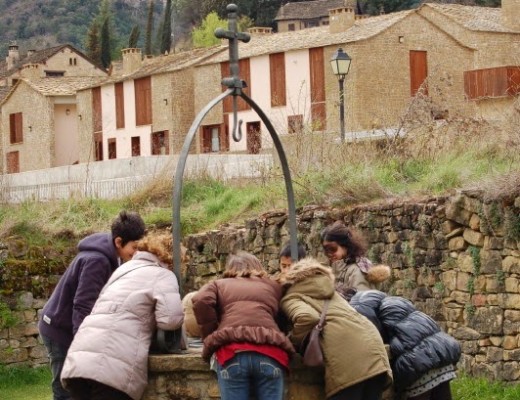 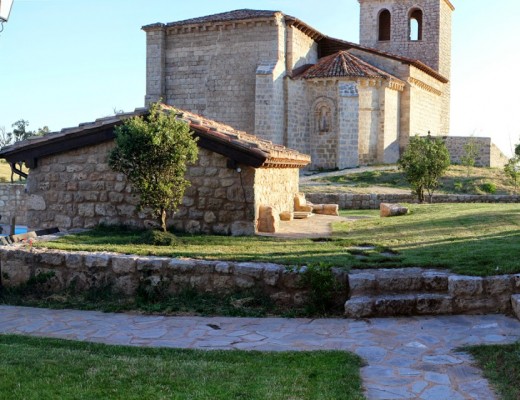